Pryluky TV complained about obstruction and pressure from unknown people 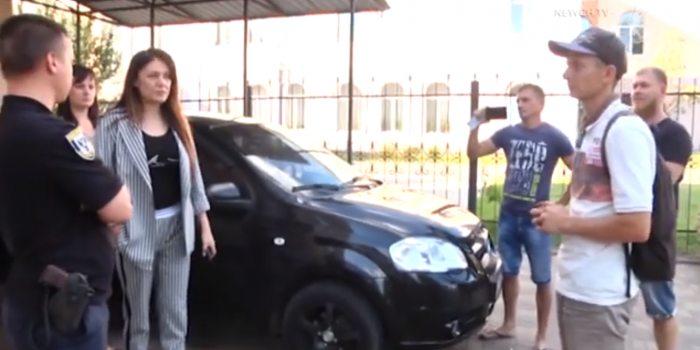 The Pryluky municipal television company from the Chernihiv region said some unknown persons have prevented them to work and made pressure. This is said in the story of the TV channel "Novyy Chernihiv", as “Detektor Media” reported.

The incident happened in the Pryluky City District Court, where they considered the defamation suit from Pryluky Mayor Olha Popenko against the Pryluky Cossack Regiment NGO for protection of honor, dignity, business reputation and refutation of information was considered.

Pryluky TV is a utility company of the Pryluky City Council, and the chairman of the city council is a party to the litigation. In the story, the commander of the Pryluky Cossack Regiment denied he was making pressure on her.

When strangers came to the TV company's office, Pryluky TV head Iryna Pavlyutina called the police. The policeman told the men to file an official request to the TV company if they wanted any explanation to obtain.

Iryna Pavlyutina said that she had appealed to law enforcement agencies, the Pryluky City Council and the National Council on Television and Radio Broadcasting. And the head of the neurology department of the Pryluky hospital said that the journalist, who was present at the court hearing, was hospitalized with "a hypertensiс crisis and a pronounced neurotic syndrome."

Yulia Kovtun, spokeswoman for the National Police in the Chernihiv region, told Novy Chernihiv TV that criminal proceedings had been instituted for obstruction to journalistic activities.