Prosecutor who demanded recusal of judge in case of Serhiyenko murder, not allowed to attend hearing 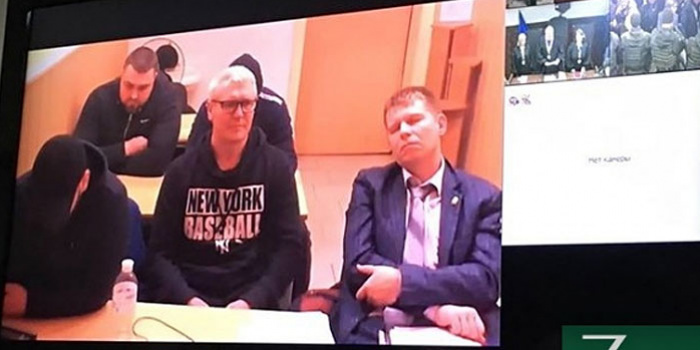 The Horodishchenky court in Cherkasy region did not admit a prosecutor, who had filed motion for recusal of the panel of judges to the hearing into the case of murder of the journalist and public activist Vasily Serhienko, The prosecutor Oleksiy Nikolaychuk reported it, as to Hromadske.

Oleksiy Nikolaychuk works on the case since 2018. He told he demanded to withdraw the judge, because that in the presence of indictees the judge had disclosed some information about security measures to be provided for some important witness, notwithstanding the fact that this information was of restricted access.

Other prosecutors in the case demanded recusal of judges, because they refused to allow Nikolaychuk to attend the trial. But the court did not consider their motion.

The hearing was adjourned to December 2.

The lawyer Yevgenya Zakrevska, a representative of the affected party, claimed being outraged with the court's decision, because the judges ignored also the motion  for recusal from the affected party as well.

“The next meeting is scheduled ... to 02/12/2019. That is, as we foresaw, 10 days before expriring of the term for preventive measure. And considering of recusal is to disrupt its further extendion. I am just curious : is it some alternative Criminal Procedure Code in Horodyshche, isn’t it? To determine at the court the prosecutors who have right to speak out at the hearing and who are not, ” as she wrote on Facebook.

As IMI reported, on August 22, 2019, the Gorodishche district court of Cherkasy released from custody under home arrest Vadym Melnyk, accused of organizing murder of the journalist Vasyl Serhiyenko.

In June, the court released the defendants in the case of murder of journalist Vasily Serhiyenko. Roman Nedibalyuk and Viktor Gorbenko from custody under home arrest.

On July 11, 2015, the prosecutors of the Cherkasy region together with the Ministry of Internal Affairs of the region detained a resident of Kyiv on suspicion of committing a gravest crime, over murder of the journalist and public figure Vasyl Serhiyenko.

On October 15, 2015, the Cherkasy Regional Department of the Ministry of Internal Affairs reported that Vasyl Serhiyenko was abducted, tortured and killed by the Kiev bandits. A cashier's check from one of the capital's supermarkets was served as tip for investigators that led them to the killers.

On January 4, 2016, the prosecutor's office of Cherkasy region referred the case of abduction and murder of the journalist Vasyl Serhiyenko allegedly committed by four residents of Kyiv to the court.

Maksym Rusin, Volodymyr Voronkov, Viktor Gorbenko, Valentyn Zavarzhyn, Roman Nedybalyuk and Vadym Melnyk are suspected as perpetrators of abduction and murder of Serhiyenko. No one of them has pleaded guilty.