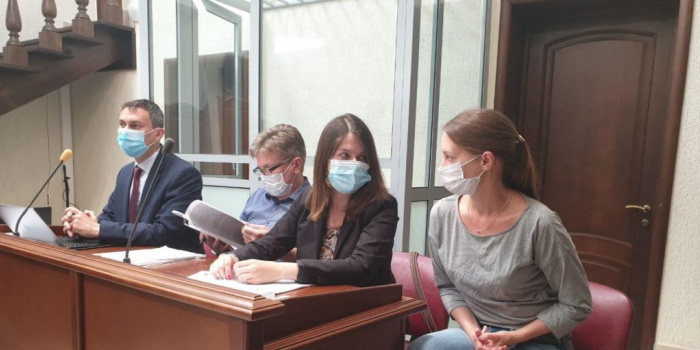 The prosecutor in the western Russian city of Pskov has asked a court to sentence journalist Svetlana Prokopyeva to six years in prison for "justifying terrorism" in a commentary she wrote that linked a suicide bombing with the country's political climate, as Radio Free Europe/RAdio Liberty reported.

The prosecutor also asked the Second Western District Military Court on July 3 to bar Prokopyeva from journalistic activities for four years. The charge carries a maximum sentence of up to seven years in prison.

Prokopyeva, a freelance contributor to RFE/RL's Russian Service, has maintained her innocence throughout the trial and described the case as an attempt to "assassinate freedom of speech" in Russia.

Prokopyeva was charged in connection with a commentary she wrote in November 2018, published by the Pskov affiliate of Ekho Moskvy radio. In the text, she discussed a bombing outside the Federal Security Service (FSB) offices in the northern city of Arkhangelsk.

Russian media have reported that the suspected bomber, who died in the explosion, had posted statements on social media accusing the FSB of tampering with criminal cases.

In her commentary, Prokopyeva linked the teenager's statements to the political climate under President Vladimir Putin. She suggested that political activism in the country was severely restricted, leading people to despair.

"We are dismayed that Russia would choose to move so ruthlessly against a highly recognized independent journalist who was doing the opposite of what prosecutors allege," RFE/RL acting President Daisy Sindelar said in a statement on July 3.

"Svetlana’s commentary was an effort to explain a tragedy; the portrayal of her words as 'justifying terrorism' is a deliberate and politically motivated distortion aimed at silencing her critical voice, and recalls the worst show trials of one of Russia's darkest periods," she added.

Human Rights Watch called Prokopyeva's prosecution a violation of freedom of expression, "but not just hers."

"It sends yet another chilling message that in Russia, raising uncomfortable questions can have severe repercussions -- a lesson the authorities have been giving the media for years," the New York-based rights group said.

The case has also drawn criticism from the Organization for Security and Cooperation in Europe, and media-rights groups like Reporters Without Borders, the Committee to Protect Journalists, and the European Federation of Journalists.

The Clooney Foundation for Justice a human rights watchdog founded by Hollywood star George Clooney and his wife, Lebanese-British lawyer Amal Clooney, said last month that it will be monitoring Prokopyeva's trial for its legality.