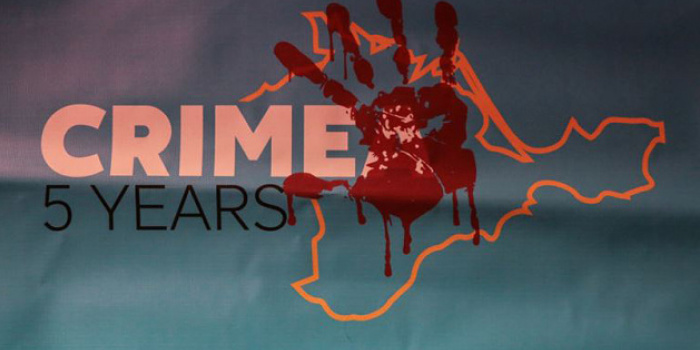 Over five years of the occupation of Crimea, Ukrainian human rights organizations have documented more than 300 cases of violation of freedom of speech and the rights of journalists on the peninsula, representative of the Crimean human rights group Iryna Sedova has said, as Interfax-Ukraine reported.

"After the occupation by the Russian Federation, Crimea was caught in total control of information and censorship by the state, crowding out information platforms that were repeatedly recorded by international organizations," Sedova said at a press conference entitled "Five years of impunity: when will those guilty of crimes against journalists in Crimea will be punished?" in Kyiv on Monday.

According to her, during five years of the occupation of Crimea, Ukrainian human rights organizations recorded more than 300 cases of violation of freedom of speech and the rights of journalists on the peninsula. Also, more than a hundred Crimean journalists and ten media outlets were forced to travel to mainland Ukraine.

In turn, journalist Tetiana Rykhtun said that after the "cleaning up" of the media, the occupation administration of Crimea switched to pressure on civilian journalists and bloggers, who, due to the lack of alternative reporting, took on the role of reporting on human rights violations on the peninsula.

"At least nine civilian journalists who belonged to the Crimean Solidarity Initiative are behind bars on terrorism charges," Rykhtun said.

In addition, head of the department of the prosecutor's office of the Autonomous Republic of Crimea Vadym Lushpiyenko said that their body has documented and is currently investigating more than 50 facts of violation of the rights of journalists in Crimea. According to him, the investigation of cases is complicated by the lack of access to the occupied territory of the investigating authorities, but he promised that the ARC prosecutor's office will soon bring to court a number of proceedings regarding the prosecution and repression of media representatives.

The lawyer and expert of the Regional Center for Human Rights Serhiy Zayats noted that the European Court of Human Rights would consider cases regarding the expulsion of Ukrainian journalists and the ban on entry for them to the territory of Crimea.