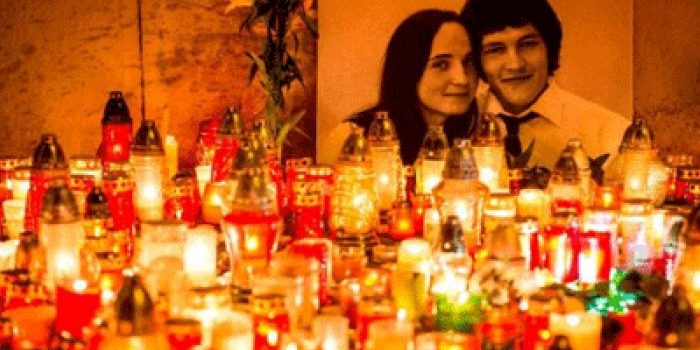 A prosecutor in Slovakia on Thursday requested 25-year prison terms for three remaining defendants in the alleged contract killings of an investigative journalist and his fiancee, a case that triggered a political crisis and brought down the country’s government, as Associated Press reported..

Prosecutor Vladimir Turan made the request during his closing arguments at the court in the town of Pezinok, north of the capital Bratislava. The three defendants, one of them a businessman accused of masterminding the slayings, have all pleaded not guilty to murdering journalist Jan Kuciak, 27, and fiancee Martina Kusnirova, also 27.

The accused mastermind, Marian Kocner, allegedly threatened the journalist following publication of a story about his business dealings, prosecutors maintain. The other two defendants on trial, Alena Zsuzsova and Tomas Szabó, are accused of being accomplices who helped him organize the fatal shooting of the couple in February 2018.

A fifth suspect, Zoltan Andrusko, who acted as a go-between, agreed to cooperate with prosecutors in exchange for a lesser sentence and received a 15-year prison term.

The killings prompted major street protests and a political crisis that led to the government’s collapse. Kuciak had been also investigating possible government corruption.