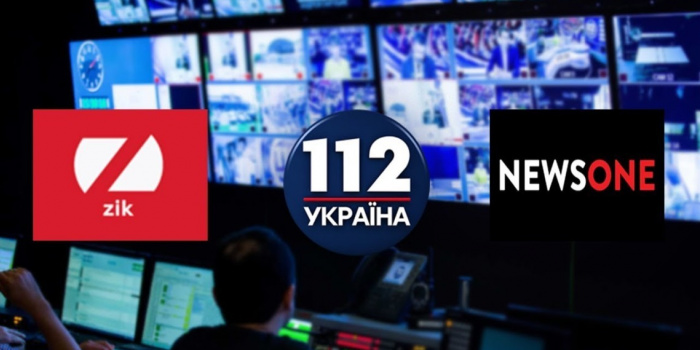 Equipment and other property of Mediaholding News, which produced content for Pershyy Nezalezhnyy and Ukrlive TV channels, have been confiscated "for the needs of the military administration."

Detector Media reported this, citing a source close to the company's management, who insisted on anonymity for safety reasons.

The publication has not yet managed to find out which military administration, when, and on what grounds it has confiscated this property.

It is also known that the company's employees have not received their salaries for January and February. The company has allegedly promised to pay them the money, the source said.

The formal owner of the company is people's deputy Nestor Shufrych, who used to be a member of the Opposition Platform – For Life faction before its liquidation. Ukrlive and Pershyy Nezalezhnyy were considered close to Viktor Medvedchuk; the then chairman of the OPFL political council himself did not object to this wording. At the end of 2021, sanctions were imposed on these channels. Nestor Shufrych expressed his intention to buy new channels instead of the blocked ones. Now the people's deputy is in Ukraine and does not comment on the situation with his media assets.

The publication reminds that at the beginning of the full-scale invasion of the russian army, Ukrlive and Pershyy Nezalezhnyy YouTube channels started a joint broadcast. In it, pro-russian politicians called for capitulation and making concessions to russia. On March 2, the channels deleted their archive and began airing patriotic videos, and later, the YouTube channels themselves were removed.

As IMI previously reported, Nestor Shufrych bought a 60% stake in Pershyy Nezalezhnyy TV channel (Time Media LLC), which was created by employees and managers of the sanctioned ZIK, NewsOne and 112 Ukraine TV channels.

On December 28, 2021, President Volodymyr Zelenskyy put into effect the National Security and Defense Council's decision to impose sanctions on the companies that own Pershyy Nezalezhnyy and UkrLive TV channels. Sanctions were imposed against Mediaholding Novyny LLC, Time Media LLC, and Teleprostir LLC.