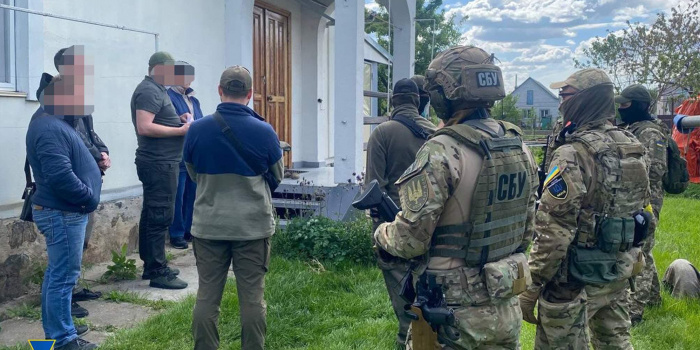 In Cherkasy region, the SBU thwarted the propagandist activities of four supporters of the russian federation's armed aggression. This was reported by the SBU Office in Cherkasy region.

According to the investigation, three men were openly promoting pro-kremlin views and supporting russia's armed aggression. They were glorified the russian invaders and admired the so-called "achievements" of the russian army. The Ukrainian defenders, on the other hand, were called "baderva," "ukrops," "devoted Nazis" and "fascists". They also openly supported the occupation of Ukrainian cities and considered the russian aggression a "special military operation" aimed solely at liberation.

In addition, according to the SBU, they assembled three military-style radio stations and probably planned to intercept the waves of the Armed Forces and collect intelligence on the deployment of military units in the region in the future. SBU officers prevented the intelligence transfer to the enemy and confiscated the radio equipment.

Another resident of the regional center, who is a native of russia, turned out to be a supporter of "putin's policy." On her personal page on Odnoklassniki social network, she repeatedly expressed support for the occupiers' criminal actions in her posts and reposts, and rejoiced at putin's orders.

"The propagandist shared a video calling to tell everyone that the occupiers were not actually shelling peaceful cities, they were liberating them. The woman also noted that the facts of atrocities and destruction of the civilian population by the russian military are an exaggeration and distortion of the events of the full-scale russian invasion of Ukraine," the SBU reports.

All four have been notified of suspicion under Part 1 and Part 3 of Article 436-2 (justification, recognition as lawful, denial of the russian armed aggression against Ukraine, glorification of its participants) of the Criminal Code of Ukraine.