Pro-russian propagandist encouraging the execution of Ukrainians exposed in Kyiv 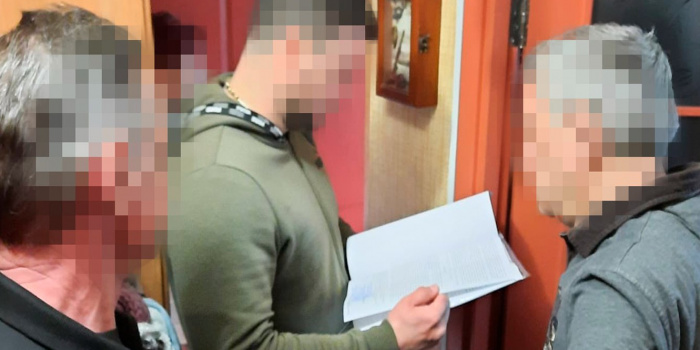 In Kyiv, the SSU exposed a pro-russian propagandist who, via social media and messengers, has been encouraging the imprisonment and execution of Ukrainian POWs.

This was reported by the SSU Office in Kyiv and Kyiv region.

According to the investigation, the man had created a network of anti-Ukrainian information resources, the total audience of which was more than 150 thousand users. These social media accounts and Telegram channels were run by a resident of the capital – a former serviceman.

The propagandist used the networks he had created to justify the armed aggression of the russian federation against Ukraine. In particular, he published content related to the planned shelling attacks on railway facilities.

The law enforcers also found correspondence with former servicemen of the russian federation, who now live in the territory of temporarily occupied Crimea, on the perpetrator's mobile devices.

"There, the traitor expressed his support for the russian occupiers, called for destruction of any country by nuclear weapons, the landing of enemy troops in the capital of our state, called Ukrainians and Americans artificial nations. Also since the beginning of the armed aggression of the russian federation, the perpetrator has been informing them on the traffic in the capital, and called for the imprisonment and execution of Ukrainian POWs," the SSU reports.

While searching his residence in the Pechersk district of the capital, SSU officers confiscated computer and mobile equipment used to run the information resources.

The defendant was declared a suspect for violating the law under Part 2 of Art. 436-2 (justification, recognition as lawful, denial of the armed aggression of the russian federation against Ukraine, glorification of its participants) of the Criminal Code of Ukraine.