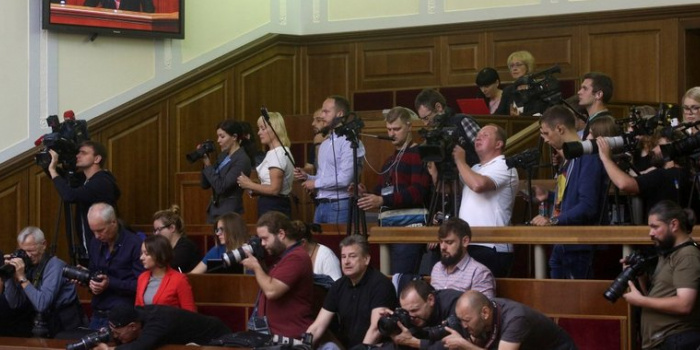 The Chairman of the Verkhovna Rada Ruslan Stefanchuk believes that the pro-russian media cannot be accredited by the Ukrainian Parliament.

He said this in his Ukrinform interview.

According to him, such accreditation will need to be reconsidered.

At the same time, he added that he was not ready to answer whether the accreditation of such media outlets would be withdrawn.

"It seems that this question should be addressed to the head of the Office. I believe that pro-russian media cannot be accredited by the Ukrainian parliament. We will conduct an analysis, after which we will make a decision on this," said the Chairman of the Verkhovna Rada.

As IMI reported, Ruslan Stefanchuk said that parliamentary reporters would not be able to return to work in the Verkhovna Rada yet due to the high level of danger.