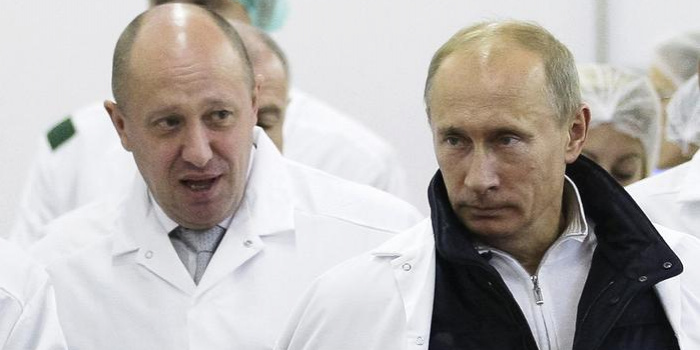 "We are concerned about the increase in violence and racism among law enforcement officers in France. (...) We are willing to finance an informational campaign on the subject of police violence." This is the message, mistake as well (compagne instead of campagne-n/tr) which had been received within recent weeks by several French media (Le Monde was not of these) and associations working on the theme of police violence. Signed by a certain Ivan Karamazov, it emanates from a well known Russian influence agency which claims to have "financial, legal and informational resources to help the victims".

"The signatories present themselves as belonging to the Foundation to Fight Injustice, launched in the spring by the oligarch Yevgeny Prigozhin, whose name appears clearly on the foundation's website. This businessman is known to be behind the mercenary company Wagner and the first "troll factories" set up in 2013 in St. Petersburg, structures designed to flood the Internet with made-to-order comments.

"Mr. Prigozhin had announced in March his intention to launch a foundation "against repression in the West". This announcement was received as a provocation from a man whose name has been cited in cases of violence against journalists and Russian opponents and whose Wagner’s members had been accused of war crimes in various theaters of conflict.

"His love of trolling is reflected in the acronym of his foundation in English: FBI. The figurehead of the foundation is a certain Mira Terada, a Russian "victim of American arbitrariness" who spent two and a half years in jail. Oksana Vovk, her real name, had pleaded guilty of money laundering to avoid a conviction for drug trafficking.

"The United States is the number one target of the foundation, whose main activity consists of posting on its website cases of violence - real - committed against citizens of different Western countries. African-Americans make up the majority of the cases. “After having used Russia and Ukraine as its laboratories, Prigozhin's men have nearly a decade of experience in influence operations in the United States," notes Colin Gérard, who is preparing a thesis on Russian informational influence and has seen the intensification of this foundation's activities in the early summer. “The new thing is that France is targeted, around themes considered rather left-wing."

"In the same way, the foundation claims to "collaborate" with a significant number of NGOs and recognized associations. Among them, Amnesty International assures Le Monde that it has never been invloved in any kind of cooperation with the foundation.

"The message sent to editorial offices and associations seems to indicate a willing to go further, seven months before the French presidential election. In fact, if the tone have some marks of a certain amateurism, the project is clear. The signatories of the message addressed to the French journalists say they are ready for any form of "cooperation", up to the publication of articles on the English and Russian speaking media of Prigozhin's empire. Above all, they seem ready to distribute subsidies to anyone who expresses a vague interest in "police violence and acts of racism against ethnic minorities".

"Reached by phone, a representative of the foundation hardly understands Le Monde's questions about this interest in France, and repeatedly mentions the "tariff" that could be defined for a collaboration - "Either you write articles yourself, or we send them to you and you see if it suits you or if you have to adapt."

"(…)The oligarch is one of the men who have longtime positioned themselves on the "market" of parallel diplomacy and influence. By undertaking initiatives, with or without the prior consent of the political power, they hope to obtain a later retribution. Putin's chef" (he started out in the restaurant business after serving nine years in prison for banditry at the end of the Soviet Union) has made his fortune on logistics contracts with the Ministry of Defense; in Syria, he receives part of the oil revenues; in the Central African Republic, he controls the extraction of minerals. Moreover, it is in African theatre that Mr. Prigozhin's actions have already targeted France, with operations to influence or support political forces hostile to Paris, using for example the anti-Semitic activist Kemi Seba.

"Actually, the choice made by the oligarch is coherent. When asked about human rights inside his country, Vladimir Putin systematically refers to the "repression" of the French "yellow vests" or the legal proceedings launched against the attackers of the U.S. Capitol on January 6, 2021".