Presidential aide forbade journalist for “Schemes” to take photo of him 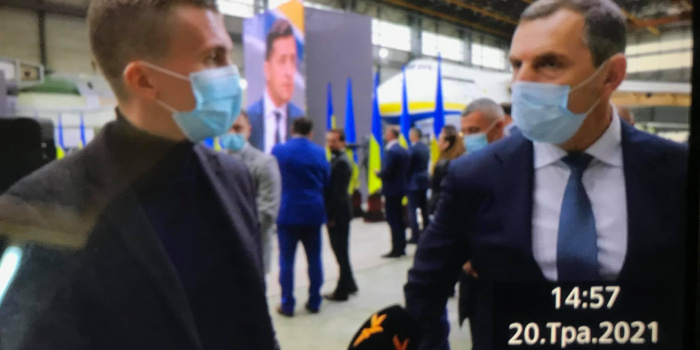 Serhiy Shefir, aide to the head of state, forbade journalist with “Schemes” to take picture of him, claiming that he was a non-public figure. The journalist for “Schemes” Mykhailo Tkach wrote it on Facebook, as “Detektor Media” reported.

"First Aide to the President Serhiy Shefir has just banned to take pictures of him. He said he was non-public person. And I have no conscience, ”Tkach wrote.

On May 20, during the press conference, the President Volodymyr Zelensky slammed journalist Tkach, saying that he should monitor the government's performance, not the cars that "are leaving the president's house and arriving to office."

Back in 2020, during the second major press conference, President Zelensky called the methods of gathering information by Mikhail Tkach "insolence."