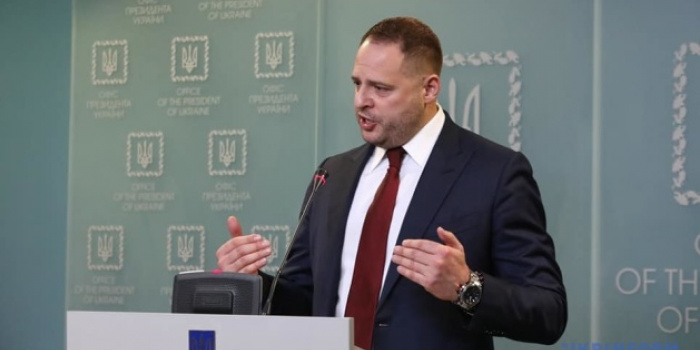 The President's Office is going to draw up a law that would make prosecutable publication of secretly recorded conversations of top-officials, as Andriy Yermak, Head of the President’s Office, said interviewed by The Washington Post.

This law should put an end to "malicious practice," as Yermak said, adding that this is necessarily in view of protection of national security.

"This is abnormal situation, when someone records a head of state. And it's not important whether this is an illegal act an Ukrainian citizen made for some domestic motives, or some foreign intelligence services are behind it," Yermak said, commenting on witapped talks between former President Petro Poroshenko and former U.S. Vice President Joe Biden.

As to The Washington Post, such a measure could reassure international diplomats, who are worried about difficulty to preserve confidentiality of high level talks in Ukraine. The law can also protect President Volodymyr Zelensky and his team from leaks or disinformation campaigns.

At the same time, such measures could alarm journalists and anti-corruption activists if the new law prevents them from publishing records which could evidence the facts of corruption of public officials, judges, prosecutors and others.

IMI reported, on May 20 the MP Andrey Derkach released audio tapes which, in his opinion, proved treason and corruption of Petro Poroshenko. At the recordings some people having the "voices similar to the voices of Poroshenko and Biden" negotiated dismissal of former prosecutor Viktor Shokin and some other issues. The Prosecutor General's Office has instituted criminal proceedings for abuse of power and treason.

Zelensky reacted to the tapes, saying that law enforcement agencies should probe in the case and that this was "not the last call that Ukrainians would see."