Portnov lost to Channel 24, Shabunin and GPO at Supreme court 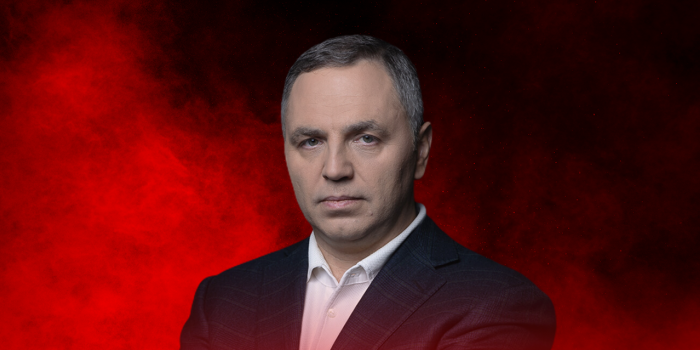 The Supreme Court upheld the appeals of the Prosecutor General's Office, PJSC Lux TV and Radio Company (Channel 24) and Vitaliy Shabunin, chairman of the board of “Anti-Corruption Center” and overturned the decisions of two previous instances which had been issued in favor of Andriy Portnov. This was reported by the "Judicial Reporter" with reference to the decision of September 29.

In March 2019, after the Constitutional Court of Ukraine ruled that Article 369-2 of the Criminal Code (illegal enrichment) was unconstitutional, the Specialized Anti-Corruption Prosecutor's Office (SAP) posted information on Facebook about the closure of 65 criminal proceedings and provided a list of them.

The list of closed cases under №32 included criminal proceedings dated November 27, 2017 regarding illegal enrichment of the adviser to the President of Ukraine in the amount of UAH 26 million (around $985 thousand). At the same time, the SAP did not provide information précising who was that person (surname, name, patronymic) and other identifying features that would directly indicate Portnov.

In June 2019, Channel 24 aired the program "Right to Dignity", the author of which Vitaliy Shabunin spoke about the recognition of the unconstitutional article of the Criminal Code on "illegal enrichment" and discussed the content of new bills. In particular, he noted that “it will be possible to seize Portnov’s property, whose criminal proceedings for illegal enrichment in the amount of 26 million were dropped. But the files about these assets remain, so one can try to get them under this new procedure of civil seizure. "

The court of first instance, with the conclusions of which the appellate court agreed, proceeded from the fact that the existence of criminal proceedings № 42017000000004815 of 27 November 2017, in which no notice of suspicion was drawn up and served, does not give grounds to claim that it was carried out against Portnov. Thus, the information disseminated was unreliable and negative, as it created an image of Portnov as a person involved in the commission of a criminal offense. The TV channel and the Prosecutor General's Office on Facebook obliged to publish a refutation.

However, the Supreme Court disagreed and overturned the decision which was in Portnov's favor.

The Court notes that the impugned information is essentially consistent with the idea of criminal proceedings.

According to the extract from the Unified Register of Pre-trial Investigations in Criminal Proceedings № 42017000000004815 dated November 27, 2017, in the period from July 2011 to December 31, 2013, the official, holding the position of Advisor to the President of Ukraine - Head of the Main Directorate for Judiciary, as an adviser to the President of Ukraine, received an illegal benefit in the approximate amount of UAH 26 million. There is no information about the person who was notified of the suspicion, the consequences of the investigation of the person and information about the special pre-trial investigation of the person. The extract contains information on the closure of criminal proceedings on March 6, 2019 in accordance with paragraph 4 of Part 1 of Article 284 of the CPC.

The information published by the SAP on the closure of 65 cases in connection with the decision of the Constitutional Court became widespread and became the basis for numerous publications on the Internet with the name of Portnov.

At the same time, the SAP in its message did not provide information about a specific person and other identifying features that would directly indicate the plaintiff.

In itself, the indication of SAP information about the position (adviser to the President of Ukraine) and the value of probable unjustified assets does not directly indicate Portnov.

Instead, further analysis by interested parties of the disputed information disseminated by the SAP, including the use of journalists and the media during journalistic investigations, and their own conclusions, in this case, cannot be the responsibility of the SAP and the Prosecutor General's Office.

Moreover, the courts of previous instances did not pay attention to the fact that information about the connection between the closed criminal proceedings and Portnov was disseminated on the Internet until its publication on March 28, 2019.

The Supreme Court found that the information disseminated by the anti-corruption prosecutor's office concerned only the results of the criminal investigation, and not the presence or absence of the event or corpus delicti and the proof of Portnov's guilt. It is obvious that the information about the criminal proceedings that were closed in connection with the decision of the Constitutional Court is of public importance, and the notification of the SAP was aimed at informing the public about the legal consequences of such a decision. At the same time, the SAP maintained the necessary balance between the satisfaction of the actual public demand and respect for the rights of the plaintiff.

Regarding Shabunin's story on Channel 24, the Supreme Court concluded that it did not contradict the principle of the presumption of innocence, did not contain allegations of Portnov's guilt in the crime, but only pointed to his connection with the criminal proceedings dropped, due to recognition of unconstitutionality of the article of the Criminal Code.

The Supreme Court did not find that the information disseminated was untrue, violated the plaintiff's inalienable rights and required rebuttal. Portnov's lawsuit was completely dismissed.

Andriy Portnov was a People's Deputy of Ukraine of the 5th and 6th legislature, since 2010, he was a Deputy Head of the Presidential Administration Viktor Yanukovych,- Head of the Main Department for Judicial Reform and Judiciary.