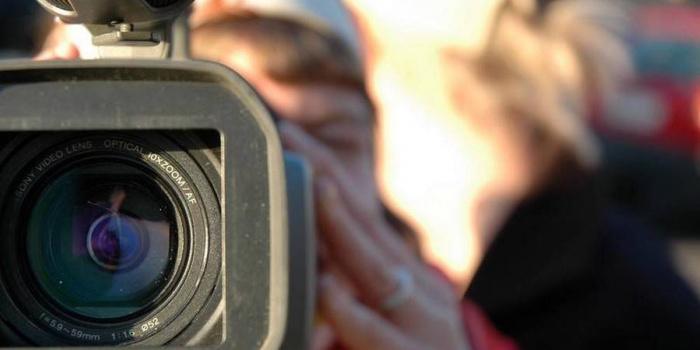 The journalists for “hadiach.city” faced impediments in their work in the village of Velyki Budyshcha (Poltava region), as they went to cover local election in the united territorial community, on December 22, as the editor of Hadiach.city Nadezhda Strashko reported on its site.

According to her, there the journalists of two editions were hampered, Hadiach.city and IRC "Region".

“We went there with Natalia Botvin, journalist of the Region Information Center, and cameraman Dmytro Golubenko. Everything was fine until we went into the sport hall of the local school where the voting was taking place. We presented our press cards to chairman and secretary. I went out into the corridor to change the lens, and when I came back, oh boy, sorry for the word, some guy came the acid to Natalia Botvin and the secretary of the election commission. That angry person was Denis Starostin (…). Denis Starostin, as noted on the YouControl portal, provides information services. In particular, he promoted the Poltava Regional State Administration on social networks. Besides the Poltava Regional State Administration, among this customers were the executive committee of the Shcherbanivsky village council and the Institute of Postgraduate Pedagogical Education named after MV Ostrogradsky, ”the journalist wrote.

According to Strashko, he demanded to present a document certifying that the IRC “Region” did  exist and what was their editorial task.

“Obviously, this meant an extract from the Unified State Register of Legal and Natural Persons and an editorial task. He claimed the secretary and the chairman of the commission could not register Natalia without these documents, although the journalist showed her press card. At the same time, he did not present us his ID card, he had only four papers - probably an editorial task and an extract. His behavious was rude and he was constantly complaining the secretary and the chairman of the commission that they violated the law, ”the journalist wrote.

“We had the right to call a police. But we did not do so: we pitied the chairman and secretary of dictrict election commission. Another question was: what Denis Starostin dwas doing at the polling station? At first, we thought he was an observer. But Denis left the polling station just minutes before we left. We found his number on the YouControl portal and asked him to comment on it, but Denis did not pick up the phone, ”Nadia Strashko wrote.

“The commission was focusing on the law of Ukraine on printed press, which stated that the media had to be registered. On my part, there could only be a recommendation, a call to present these documents for the sake of commission. It was done only in order to prevent the so-called fake journalists from getting to the polling station, ”said Denis Starostin.

He added that fake journalists are a big problem.

"When people print press cards on a printer, they get to the polling stations in order to commit some kind of provocation there," Starostin said. He also noted that journalists could have contacted the police if they believed that their activities were impeded.

IMI lawyer Ali Safarov, commenting on the situation, noted that they had no right to require any documents other than a press card.

“According to part four of Article 13 of the Law of Ukraine“ On Local Elections ”,the mass  media representatives are guaranteed unhindered access to all public events related to local elections and to the meetings of election commissions and the polling station on the day of voting (re-vote). - under the conditions specified by this law, except in cases provided by the laws of Ukraine. Election commissions, public authorities, authorities of the Autonomous Republic of Crimea and local self-government bodies, officials and officials of these bodies are obliged to provide them with information on progress of preparation and holding of local elections within the limits of their powers and competences. In particular, according to paragraph 6 of part two of Article 27 of this Law, representatives of the media (no more than two persons from one media) are entitled to attend meetings of election commissions, including during the vote count. The status of a journalist is confirmed by an editorial certificate or other document certifying a connection with the editorial board - this is envisaged by a number of normative acts, in particular the Laws of Ukraine "On state support of mass media and social status of journalists", "On print media (press) in Ukraine "and more. There is no authority to verify the editorial task or register the media, ”Ali Safarov said.

Thus, the IMI lawyer explained, any restriction to give access to the journalists is not provided for by the law, in particular due tofailure to present the editorial task, etc., and it will be a hindrance to the legitimate professional activity of the journalist.