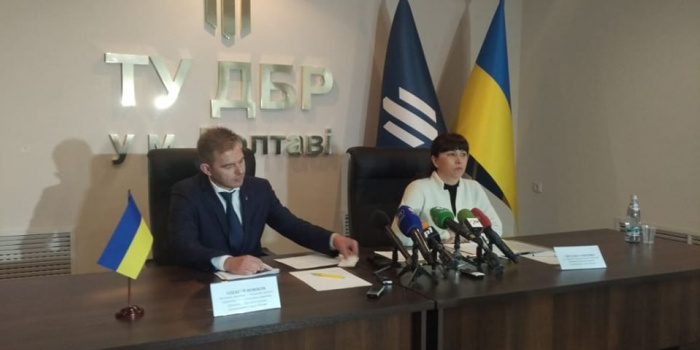 Several Poltava journalists accused the head of the State Bureau of Investigation (SBI) of withholding information about a press conference held on November 26 in Kharkiv, as the representative of IMI in the Poltava region reported.

As a result, not all journalists in Poltava were able to attend the press conference, accusing the SBI's administration of selectivity toward mass media. In particular, as the editor in chief of the “Kremenchugska gazeta” Oleg Bulashev told, its journalists who were going to ask a number of questions to the management of the bureau could not attend the event.

A blogger Hennady Fetisov learned about the press conference from his own sources, as he reported to the IMI representative in Poltava region.

He blamed the secretary of the SBI Territorial Administration Oleksandr Belka with treason, as he wrote in his post on Facebook:

“This is my personal opinion, and I insist on it. Several years ago, I defended many young journalists in the courts, at various events, when they were driven out or other. When I see that there is a schism, when some people go in secret and others are not let in, then I’ve been concluding: if some journalists are ignored, then the journalistic community has to rise against. Reporters who went to Kharkov were not told anything important.” 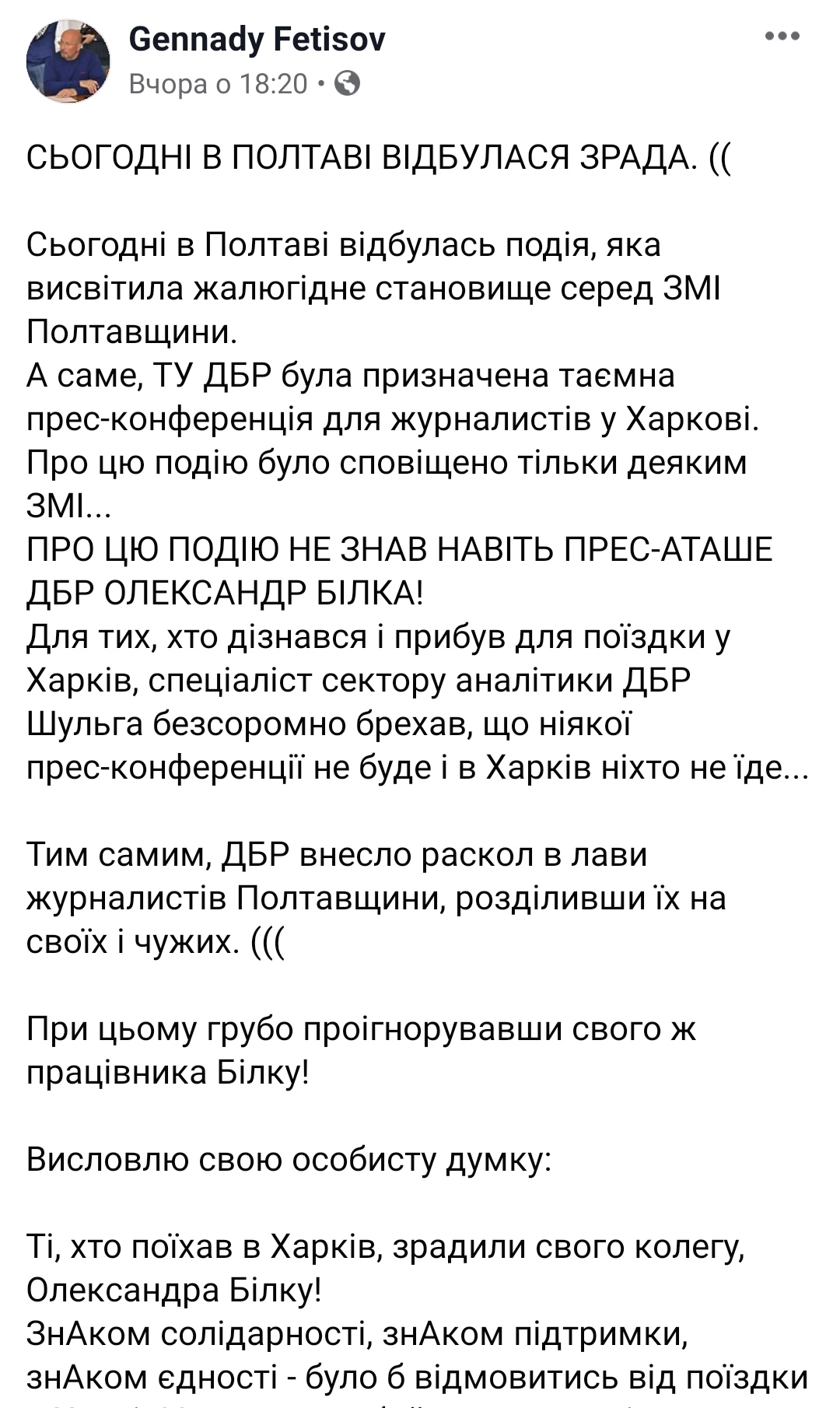 The press secretary of the territorial administration of SBI Oleksandr Belka was not aware of the event, as he said to the representative of IMI and wrote it on Facebook.

According to him, the press conference became a surprise for him and some of Poltava journalists.

“Dear colleagues, yesterday and today, I receive dozens of calls asking to confirm or to refute the information about the press conference of the directors of the SBI in Kharkiv. I will say it frankly, the situation is extremely strange. As my bosses assured me, this is all fiction, there would not be any press event in Kharkiv. What I did tell you about. But the information from the journalists is quite different. It turns out that there was a notice, which was sent out to e-mails of some editions, and phone calls to individual media outlets with an invitation. They even have organized a bus for local media from Poltava to Kharkiv. However, not everyone was taken “on board”. And it was at this very moment that the half-secret press conference began. They talk about the achievements of the SBI during the year of work, ” as Oleksander Belka wrote on November 26.

He is indignant that his reputation has been compromised and he apologizes for having misinformed the press: “The question is why I was dismissed from direct job duties and instead they invented the know-how that kept the fact of press conference in secret for the press secretary and the press, while unanswered, but it's easy to guess it right. "

Commenting it to IMI representative, Oleksander Belka added that there had not been any reason to suppose in the past that he was badly performing his job. There were also no other reasons, as he said, he did not feel pressure.

“I was on medical leave. On Friday, I reported to the personnel department that I was to resume work, on Monday I resumed work. In the morning the journalists started to call me and ask what about the press conference. I was unaware of it. I asked the head of the investigative department, my immediate supervisor, he replied he did not know anything, and he told me to say to the press there would not be any press conference, - Oleksander Belka said - And then I found out that there was a bus from Poltava. There were a lot of claims against me, they said, I did not know anything, ” he said.

Oleg Bulashev, editor-in-chief of “Kremenchugska gazeta” defended Oleksander Belka. In particular, the journalist appealed to the leadership of the State Bureau of Investigation, requiring to hold the press conference in Poltava.

In his letter, the editor in chief said that the press conference of the leadership of the SBI’s executive staff Svitlana Savchenko and Oleksiy Novikov was held in Kharkiv on November 26, almost in secret, without a proper announcement for the Kremenchug mass media.

At the press conference, which, according to Bulashev, the journalists were “looking forward to,” they were going to ask questions about the activities of the State Bureau of Investigations.

Apparently, the current executives of the SBI in Poltava Svitlana Savchenko and Oleksiy Novikov came to Kharkiv, so that Poltava journalists could not ask unwanted questions. But most of all, it is disgusting that they got in wrongly its secretary, Oleksander Belko, who usually informs the mass media personally about the upcoming events, and cooperates closely with the  journalists not only in Poltava, but also in the region, ”the statement reads.

“In view of this, we ask you to organize the relevant press conference in Poltava; we ask S. Savchenko to officially apologize before the press secretary of the SBI Territorial Administration in Poltava and to get cooperation between S. Savchenko and O. Belka back on track, so that the journalists in the region and with them the community did not suffer from it, ”- the letter signed by Oleg Bulashev said.