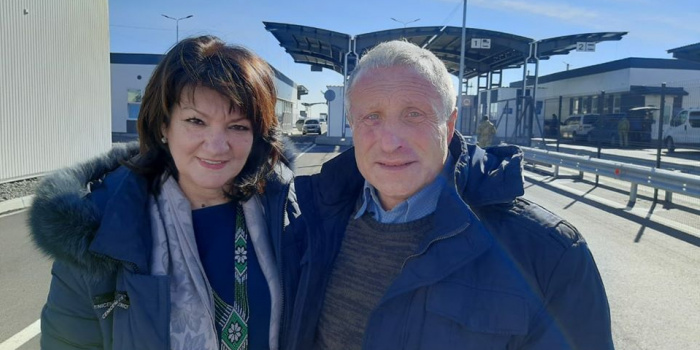 Lately, the journalist, 69, developed some health issues. During the trial, it was found out he had serious heart and vertebral column problems.

He could not be properly treated in Crimea, since there have not highly qualified specialists. The experts from the Kyiv Institute of Neurosurgery agreed to treat him, but Russian investigators rejected Mykola Semena’s demand to go to Kyiv for treatment. The journalist refused the proposed alternative to be treated in Moscow clinics.

At the end of 2018 in Simferopol, he underwent surgery to remove the gallbladder and calculi from the biliary tract.

As Verkhovna Rada Commissioner for Human Rights Lyudmila Denisova reported on Facebook, Semena “… came finally to the territory controlled by the Government of Ukraine. He is safe and heading to Kyiv. "

As IMI reported, on January 28, 2020, Mykola Semena  received court papers officially confirming the termination of his probation and the expunging of his criminal record. The court in Crimea’s capital, Simferopol, on January 14 ruled to prematurely terminate the probation period and expunge the criminal record of Mykola Semena, who had been convicted of separatism on the peninsula.

Mykola Semyna's defense party has filed complaint with the European Court of Human Rights contesting the decision of Russian court in Simferopol. However, the ECHR rejected to give priority to Mykola Semena's complaint.