Political journalists boycott No 10 briefing after reporter ban - The Guardian 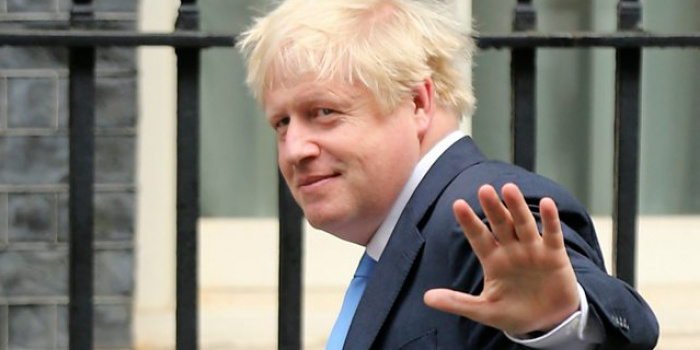 Journalists in Downing Street walk out after Johnson aide tries to exclude some reporters, as The Guardian reported.

Political journalists boycotted a Downing Street briefing on Monday after one of Boris Johnson’s aides banned selected reporters from attending.

The confrontation took place inside No 10 after Lee Cain, Johnson’s most senior communications adviser, tried to exclude reporters from the Mirror, the i, HuffPost, PoliticsHome, the Independent and others from an official government briefing.

At a time of escalating tensions between Downing Street and the media, Labour accused Johnson of deploying Donald Trump-like tactics to avoid scrutiny.

The incident happened in the foyer of No 10 when journalists on the invited list were asked to stand on one side of a rug, while those not allowed in were asked by security to stand on the other side.

When Cain told the banned journalists to leave, the rest of the journalists decided to walk out collectively rather than allow Downing Street to choose who scrutinises and reports on the government.

Among those who refused the briefing on the UK’s trade negotiations with the EU were the BBC’s Laura Kuenssberg, ITV’s Robert Peston, and political journalists from Sky News, the Daily Mail, the Telegraph, the Sun, the Financial Times and the Guardian.

The briefing was due to be given by government officials, who are meant to be politically neutral, but did not happen because of the walkout..

The tactics from No 10 echo those of Trump in the US, who has been known to try to exclude journalists from reporting on his activities, and represents an escalation of Johnson’s tensions with the media, which have been increasing in recent weeks.

Johnson’s communications team has banned ministers from appearing on BBC Radio 4’s Today programme, boycotted ITV’s Good Morning Britain, and declined to appear on Channel 4 since before the election.

Ministers have also been told not to have lunch with political journalists, and it was briefed at the weekend that Dominic Cummings, Johnson’s senior adviser, had established a “network of spies” to find out whether other special advisers were fraternising with the media.

The BBC in particular is braced for a coming battle with the government after Johnson signalled during the election that he would consider scrapping the licence fee. A thinktank run by Cummings in 2004 advocated an end to the BBC’s funding model and described it as a “mortal enemy” of the Tory party.

Broadcasters have also been unhappy that the prime minister’s Brexit day “address to the nation” was filmed by Downing Street rather than a crew from a TV network, as would usually be the case.

Some of Johnson’s recent hires as special advisers include those with specialisms in film production and photography, prompting speculation that he is increasingly intending to bypass the media. The prime minister has recently launched so-called “people’s PMQs” sessions in which he reads out pre-vetted questions and answers them himself in an attempt to speak directly to the public.

There have also been signs that No 10 is trying to shake up its relations with political journalists, who are collectively known as the lobby. Political journalists have already complained about No 10 changing the location of its daily briefings with the prime minister’s official spokesman from a room in parliament to Downing Street, meaning they are now held on government territory.

There have previously been problems with some journalists being denied access, but these have largely been to political, rather than government, events. During the election campaign, the Mirror was excluded from following Johnson’s campaign on his battlebus after Tory complaints that its online coverage was not balanced.

Earlier on Monday, Downing Street also limited access to Johnson’s keynote Brexit speech to one journalist per outlet, which meant some sketch writers who satirise the prime minister were unable to attend.

After the walkout, a senior No 10 source said there had been a normal briefing for all lobby journalists after the prime minister’s speech and that the later one was a “smaller, selected briefing for specialist senior journalists”. The source said “a number of uninvited journalists barged into No 10 and demanded to be part of it” but were told they could not attend.

The banned journalists who tried to attend the briefing had passed through Downing Street’s security scanners, shown their parliamentary passes and knocked on the door to gain entry. All the invited journalists were political editors rather than Brexit specialists.

Labour said the move by Johnson’s team showed the prime minister was “resorting to tactics imported from Donald Trump to hide from scrutiny”.

Tracy Brabin, the shadow digital, culture, media and sport secretary, raised a point of order about the No 10 walkout in the House of Commons, prompting Eleanor Laing, the deputy speaker, to say journalists must be treated with respect.

“Press freedom is a cornerstone of our democracy and journalists must be able to hold the government to account,” said Brabin. “The future trade agreement with the European Union is an issue of great public importance and interest. Those gaining access to such important information should not be cherry-picked by No 10.”