Police show up to question journalist who voted twice in constitutional plebiscite - Meduza.io 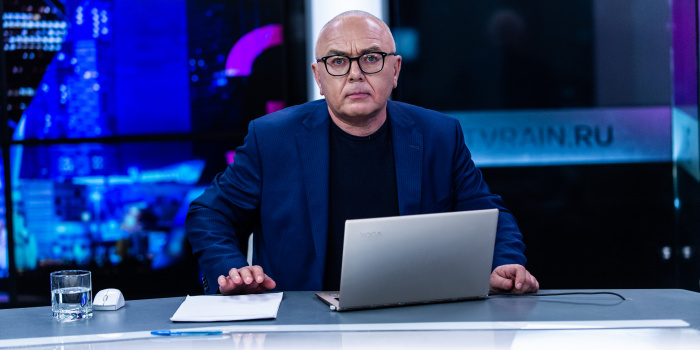 On the morning of June 26, police arrived at the home of Pavel Lobkov, a journalist for the independent television station Dozhd, claiming they needed to question him. Lobkov reported the police’s arrival to the rights organization “Apologia Protesta,” as Meduza reported.

Lobkov has refused to let the police in until his lawyer arrives, Dozhd reports. “I’m waiting for a lawyer, the police are outside the door, I’m still home. They said that [they are here] to collect a statement from me,” the journalist told MBKh Media.

Apologia Protesta suspects that the police visit is in response to Lobkov’s attempts to cast two ballots during the first day of voting in the plebiscite on constitutional amendments on June 25.

Earlier that morning, a district police officer came to the home of Vasily Vaysenberg, an expert from the “Golos” movement. Vaysenberg was not home at the time, but the police officer explained over the phone that they are conducting an inquiry “in accordance with Articles 144-145 of the Criminal Code” — the articles on reviewing and decision making in response to reports of a crime — and that Vaysenberg needed to give a statement.

On June 25, Pavel Lobkov managed to vote twice in the plebiscite on constitutional amendments: first at a polling station and then online. Lobkov’s paper ballot was later cancelled and only his online vote was taken into account.

Vasily Vaysenberg also reported on Facebook that it was possible to vote in the plebiscite twice. He went to a polling station on June 25 and told the commission that he had decided not to vote online, after which he was given a paper ballot. Vaysenberg underscored that this is a violation. In conversation with Meduza, he clarified that he only voted once (at the polling station).

Law enforcement have launched an investigation into reports about double voting, warning that Pavel Lobkov could face a 30,000 ruble fine (approximately $430) under the administrative article on the illegal receipt of a ballot. Police also stated that they could open a criminal case, in the event that this was a “planned action to discredit voting in Moscow.”