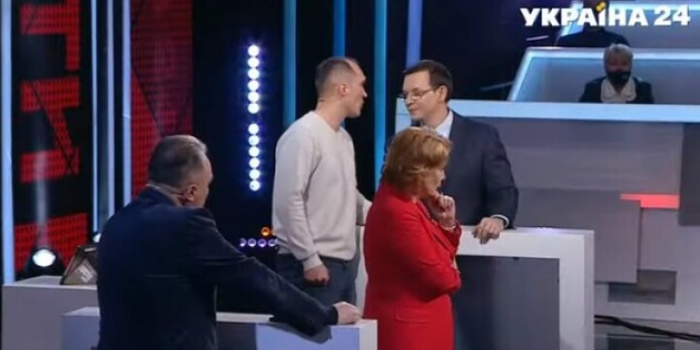 On April 5, police opened a criminal investigation into threats against Censor.net editor-in-chief Yuriy Butusov. This was reported on the website of the National Police.

Butusov said that after a TV program shooting on one, citizens entered his dressing room, one of whom began threatening with physical violence.

Police investigators opened a criminal case for threat with murder, violence or destruction or damage to the journalist's property (Part 1 of Art. 345-1 of the Criminal Code).

Yuriy Butusov was questioned and the investigators are to verify all the circumstances of the crime.

On April 2, Yury Butusov reported on his Facebook page about the row with the former MP Yevgeniy Muraev during and after the program "People against" on the Ukraine 24 TV channel.

According to Butusov, during the program he called Murayev a "Russian agent and liar."

"And when he (Muraev - ed.) started interrupting me, I got up and approached him so that he would be forced to distract himself from the flow of lies and understand that his anti-state appeals would not go unanswered," Butusov wrote.

After the broadcast, according to Butusov, Muraev and his bodyguards went to the dressing room and threatened him with physical violence.

According to him, Muraev turned to him: “This is my TV channel! Do this again, I'll have you f... ! If it weren't my TV channel, I would deal with you right here! ”

In response, Butusov said he was ready to answer. Then Muraev left.