Police pressed suspicion to assaulter of journalists for StopCor 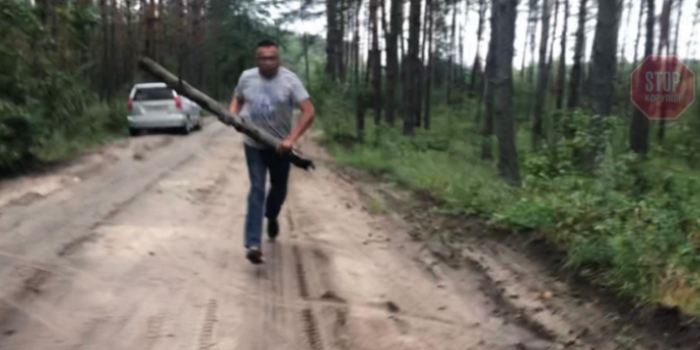 The police have identified and pressed suspicion to a man who attacked StopCor journalists on June 7, as they were verifying reports on legality of sand extraction in the Kyiv region, as this is said on the website of the National Police.

The offenser is charged with an article 345-1 ("Threat of violence against a journalist") of the Criminal Code. The sanction entails an imprisonment for up to five years.

Initially, the attacker threatened to burn the car of the journalists and then began to attack them with a log in his hands. As a result, one of the correspondents was sent to a hospital.

Investigators of the Vasylkiv Police Department of the Kyiv Region registered the incident and initiated criminal proceedings under Art. 345-1 of the Criminal Code.

According to police, the attacker was a private entrepreneur, whose company was extracting sand at the scene. Police are currently investigating the legality of the extraction of these minerals.

According to StopCor , the wrongdoer was Valery Samofal, because on the same day, June 7, in the village of Plesetske, this was that person who was pursuing with a big branch after activists and journalists of the Stop Corruption project. One of them was hit in the neck.