Photographer for Radio Liberty told his personal data made public 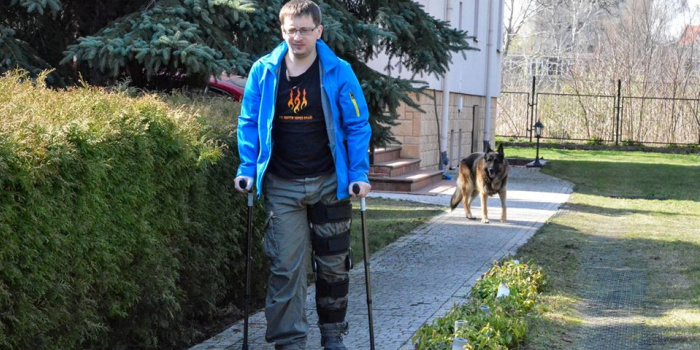 Photographer for Radio Liberty Serhiy Nuzhnenko said that the attacks on him failed to be investigated and that his personal data had been made public. Serhiy Nuzhnenko told it on Facebook on June 19, as Detektor Media reported.

“March 2018 - dispersal of Saakashvili's tent camp. A police officer used pepper spray at me. There is a video. The case is in the SBU. No one from the Ministry of Internal Affairs called me and no one apologized. December 2019. Clashes under the Verkhovna Rada. Broken glasses and damaged camera. The case is in the SBI (State Bureau of Investigations – n/tr.). The bureau did not notice anything. No one from the Ministry of Internal Affairs apologized. A few hours after a well-known photo went viral online, the Deputy Interior Minister Anton Gerashchenko called me to ask if it had been me who took the photo. And other questions of the kind, whether it were not doctored photos ", - he wrote.

Nuzhnenko added that blogger and car racer Oleksiy Mochanov also wrote to him, who sent the journalist his personal phone number.

“When I asked him where he got my number from, he said that someone had sent him a personal message and that the leadership of the Ministry of Internal Affairs knew my contacts. My phone is really known at the Ministry of Internal Affairs, because I filed complaint on them. And Mr. Mochanov asked for a photo where those present at the rally beat the police ... Are they looking for evidences? Maybe. Do they want to discredit me? Maybe. But why my personal data appeared in the public domain and other questions remain unanswered, " Serhiy Nuzhnenko said.

As IMI reported, on December 17, 2019, during clashes under the Verkhovna Rada in Kyiv, officers of the National Guard and police smashed the camera and glasses of Serhiy Nuzhnenko. The State Bureau of Investigation said that there were no grounds to investigate Serhiy Nuzhnenko's appeal about illegal actions of security officers in clashes near the parliament.

On March 3, 2018, in Kyiv near the Verkhovna Rada, a police officer used a pepper spray against Serhiy Nuzhnenko. According to the journalist, at that moment he was taking photos and videos of the morning events under the parliament building. He had his press card, which he held in front of him. The camera was aimed at the activists' tents.