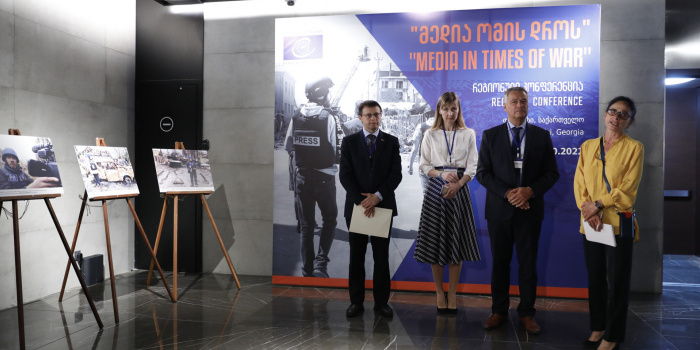 On October 12–13, 2022, as part of the regional conference "Media in wartime," organized by the Council of Europe projects in Georgia, Azerbaijan, Moldova and Ukraine, #OntheFrontlineOfTruth photo exhibition "Russia's war of aggression against Ukraine: the work of journalists" took place in Tbilisi (Georgia).

The purpose of the exhibition is to draw attention to the crimes against the media and journalists committed by Russia, as well as to show the extremely dangerous conditions that journalists in Ukraine are working in. 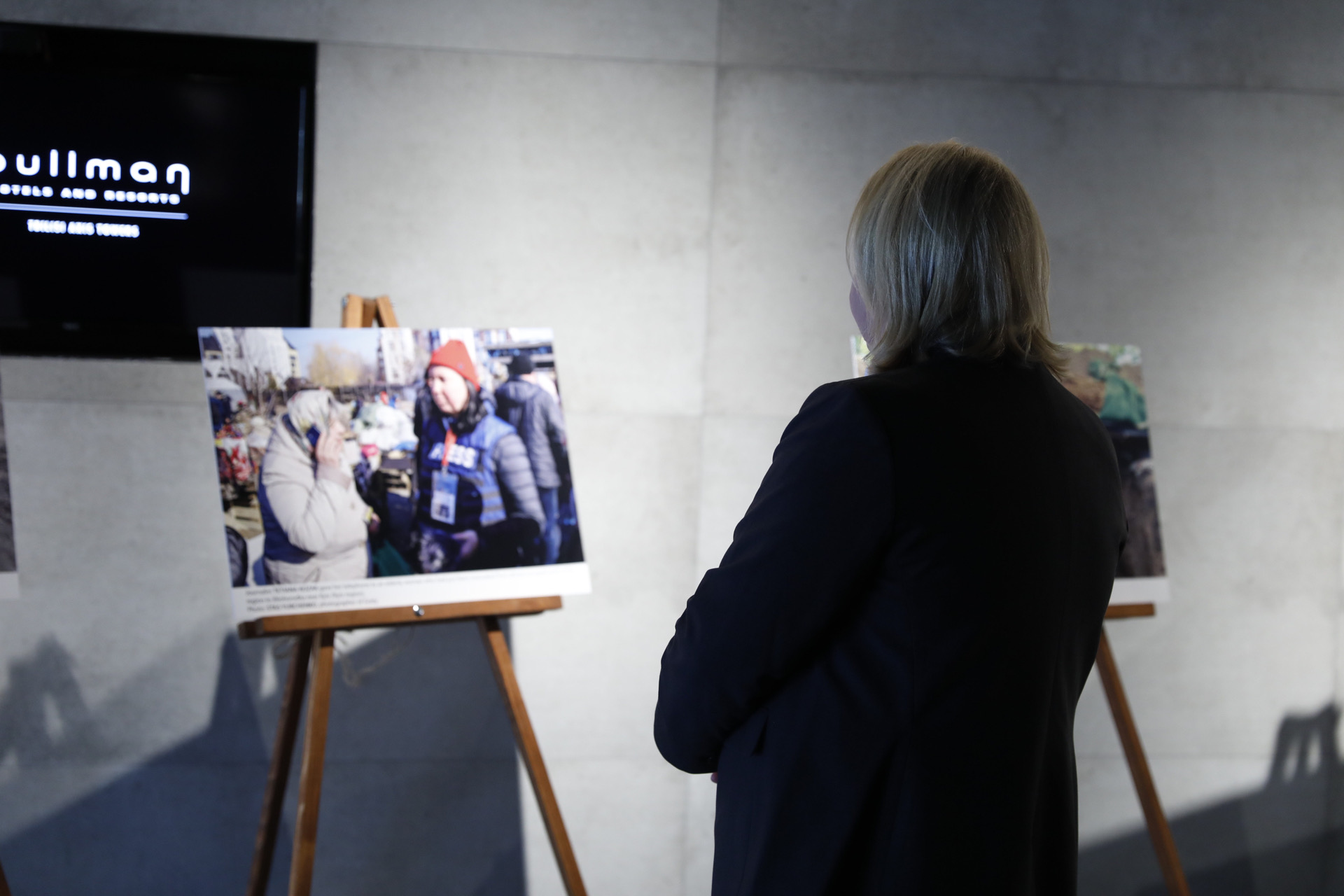 The photo exhibition was opened by Patrick Penninckx, head of Information Society Department of the Council of Europe; Andriy Kasyanov, Ukraine's temporary charge d'affaires in Georgia; and Natalia Vyhovska, head of the regional network of the Institute of Mass Information.

"We begin our conference with the opening of this exhibition, and we wanted to show it to you, because these photos speak louder than a thousand words. Today, the work of journalists in war zones is extremely important, because they show us what is really happening in this war," Patrick Penninckx said during his introductory speech.

According to the NGO "Institute of Mass Information" (IMI), during the full-scale invasion which started on February 24, 2022, Russian troops have committed over 454 crimes against journalists and media in Ukraine. Eight journalists have been killed while performing their professional duties. More than fourteen journalists have been injured, dozens have come under fire. IMI is aware of at least 18 cases of Ukrainian journalists being taken hostage and mistreated by the Russian military. The occupiers have fired at 13 TV towers, which are civilian objects, disabling TV and radio broadcasting in 8 regions of Ukraine completely or temporarily. In addition, due to the Russian occupiers threatening them, editorial offices being seized, and inability to work under temporary occupation, as well as due to the financial crisis caused by the war, hundreds of media outlets have been forced to cease their operations. 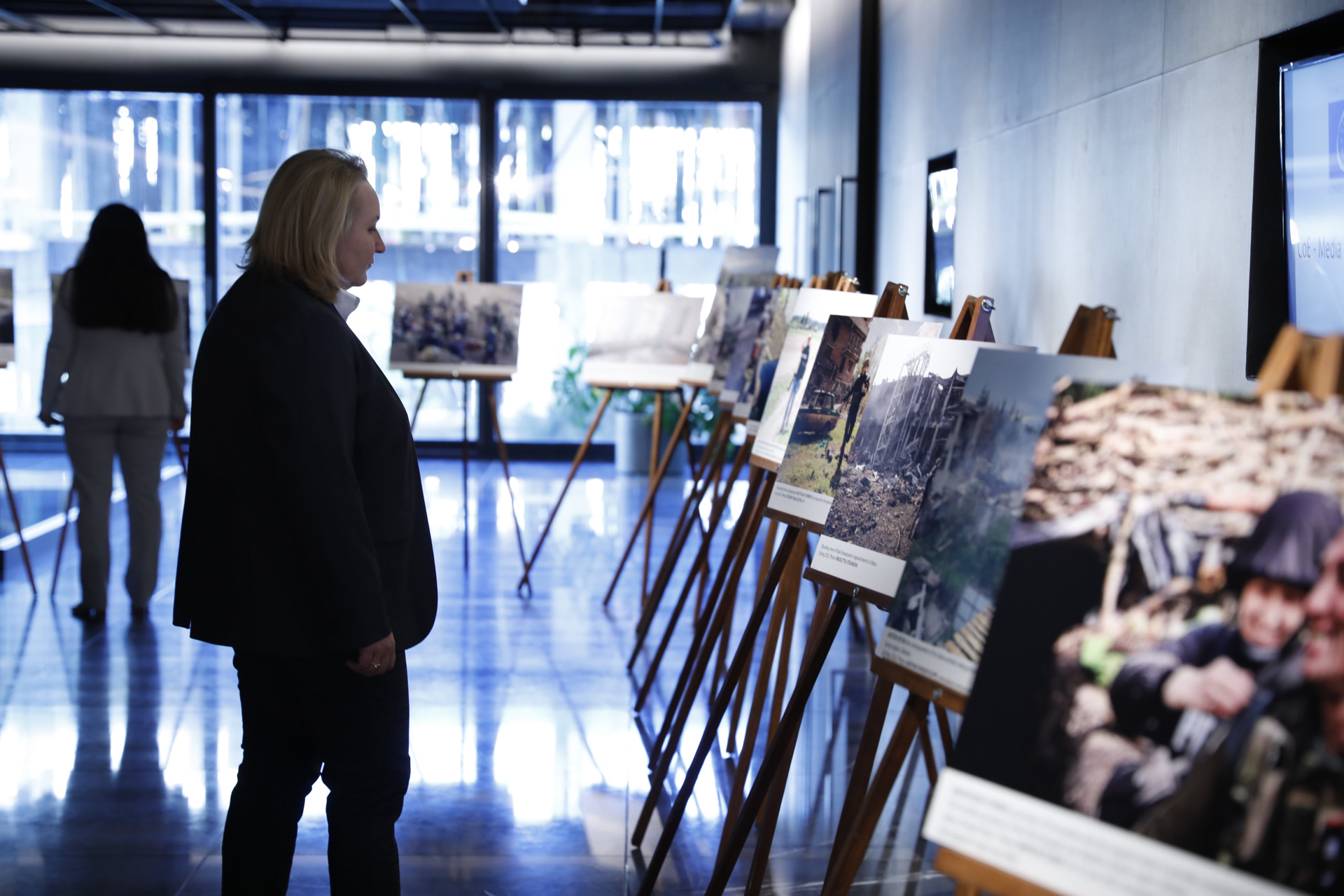 These materials show how vital it is to support the work of journalists who are now risking their lives on the front lines. 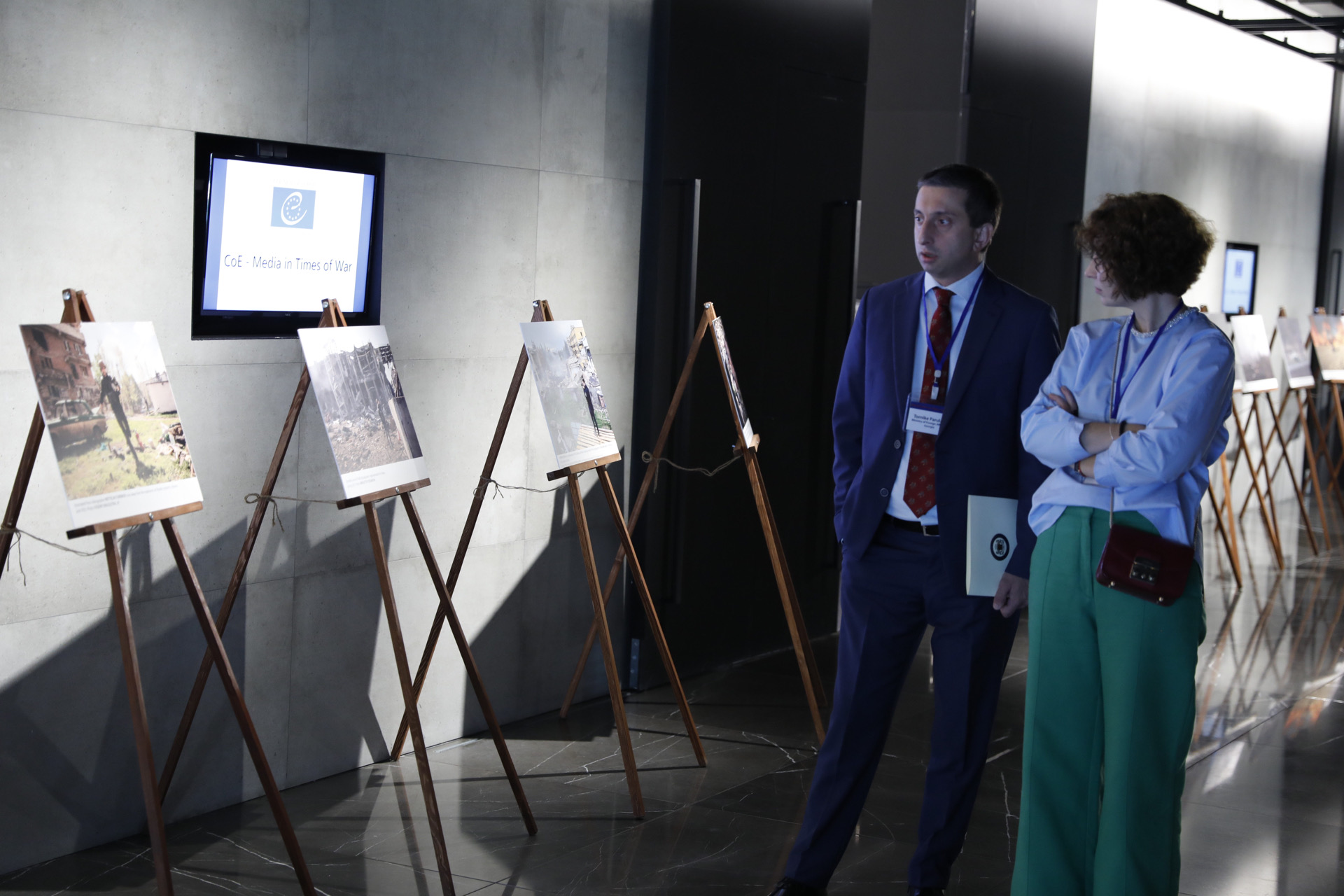 The exhibition was organized by the NGO "Institute of Mass Information," the Ukrainian Association of Professional Photographers, and the Council of Europe's project "Support to safety of Journalists, Media, and of Access to Information, including communication strategy for Prosecutor General's Office in Ukraine."

The #OntheFrontlineOfTruth photo exhibition "Russia's war of aggression against Ukraine: the work of journalists" was also held in July in Strasbourg during PACE's summer session.

We remind that on October 12–13, a separate panel session "Media in Ukraine before and after February 24, 2022" was held as part of the regional conference "Media in Times of War." During the session, representatives of the Ukrainian media community talked about how the Ukrainian media landscape has changed in recent months, and shared their experience of overcoming the challenges of wartime. The project "Support to safety of Journalists, Media, and of Access to Information, including communication strategy for Prosecutor General's Office in Ukraine" aims to support the Ukrainian media community in meeting the current needs and addressing the consequences of Russian aggression and the war in Ukraine.

As IMI reported, the photo exhibition The War Is Not Over Yet will open on October 19 in the Odesa City Garden. This project tells the story of those who are making the world aware of the war that Russia is waging against Ukraine – of the journalists who have been killed, injured, fired upon, captured, or persecuted since the start of the full-scale invasion.