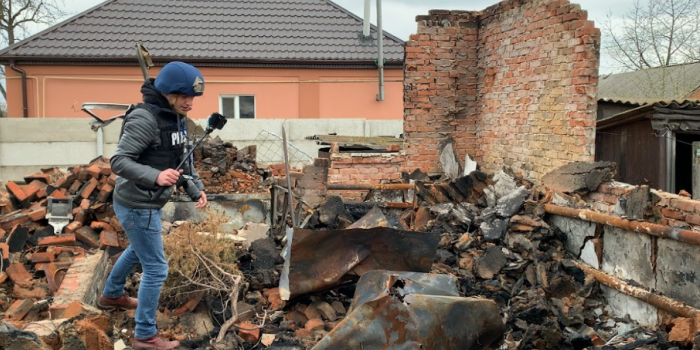 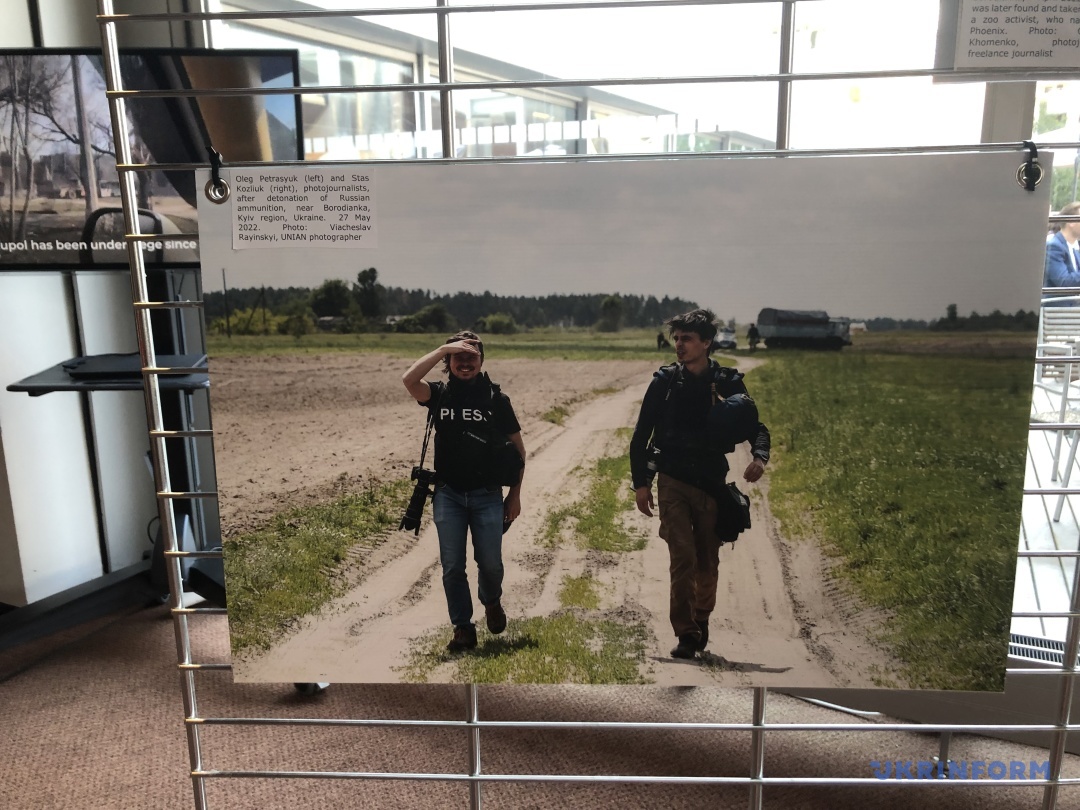 The purpose of the exhibition is to draw attention to the crimes committed by the russian federation against the media and journalists, as well as to show the extremely dangerous conditions that journalists in Ukraine are working in. 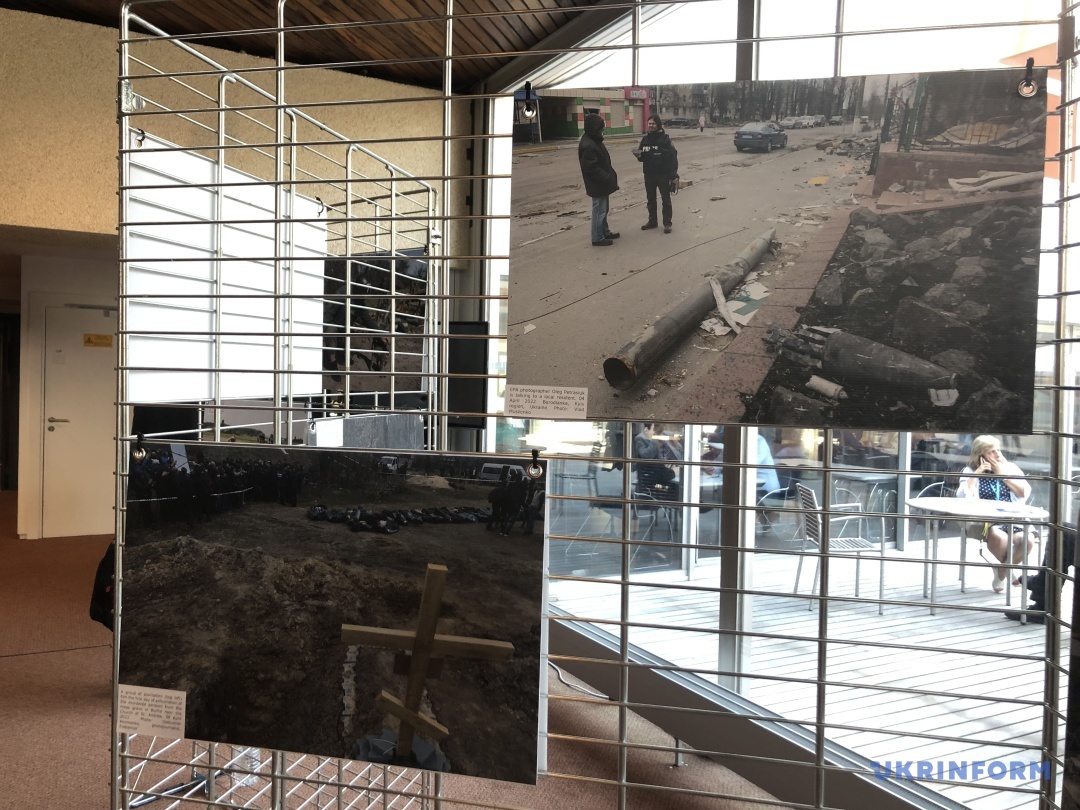 According to IMI Executive Director Oksana Romanyuk, journalists have submitted more than 200 photos of their work to IMI. This is the first exhibition in a series organized by IMI outisde Ukraine in order to draw attention to the work of journalists in the country.

"The world needs to know what this war looks like and what journalism in Ukraine looks like now," she said. 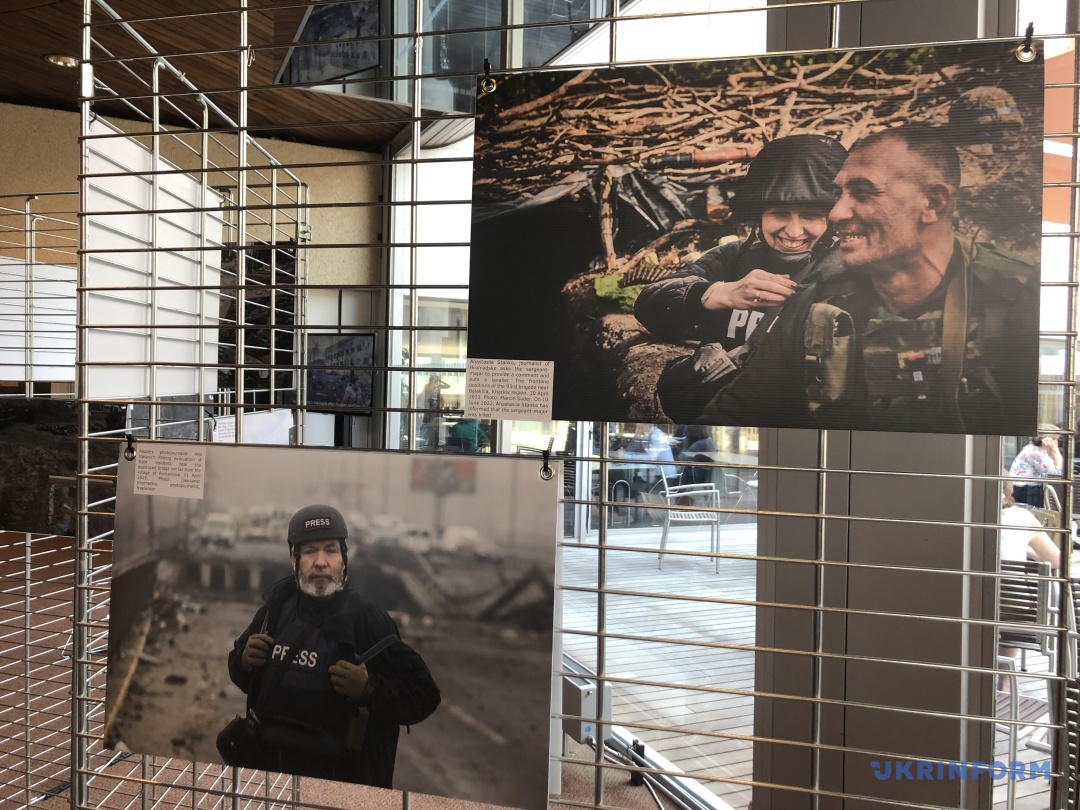 "Press freedom and the protection of journalists must be defended and supported at all times, even in exceptional circumstances such as war. The Parliamentary Assembly condemns every act of violence and supports every action aimed at ensuring freedom of information and expression in the Council of Europe member states," said PACE President Tiny Kox. 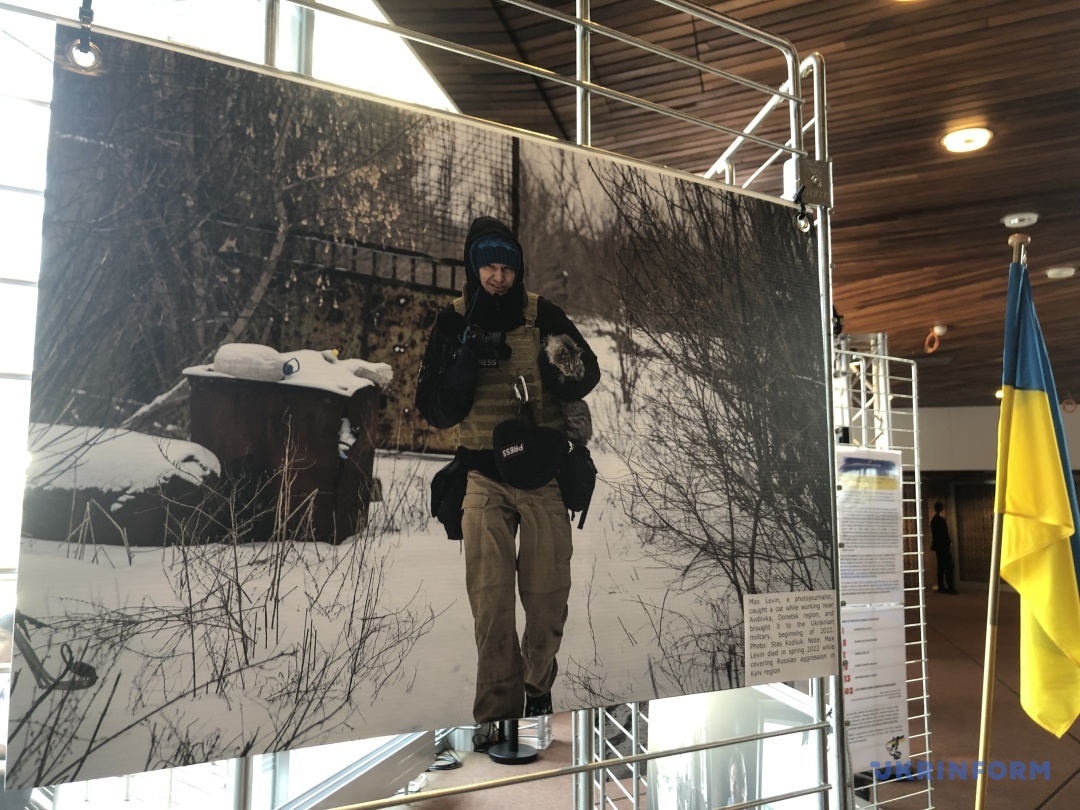 Secretary General of the Council of Europe Marija Pejcinovic Buric noted that attacks on journalists are a war crime and that everything should be done to investigate them and bring the perpetrators to justice.

"Since the beginning of the gross, illegal, and ongoing aggression of the russian federation, many Ukrainian media outlets have closed down, TV towers have come under fire, filming crews have been attacked. The number of journalists who were injured, tortured, and killed is growing constantly. Many journalists have gone missing. It is not just tragic and horrible. Targeting journalists, people who are not directly taking part in the hostilities, is a war crime. Where such crimes have been committed, every effort should be made to investigate and prosecute the perpetrators. Of course, our Organization supports Ukrainian journalists," said Marija Pejcinovic Buric.

Photos of these heroic journalists at work show the inhumane atrocities of wartime: the deliberate military attacks on civilian infrastructure and civilians, the torture and murder of civilians. russian troops are constantly employing heavy weapons and ammunition designed to massacre civilians.