Photo archive of the war "Ukrainian Wаrchive" created in Ukraine 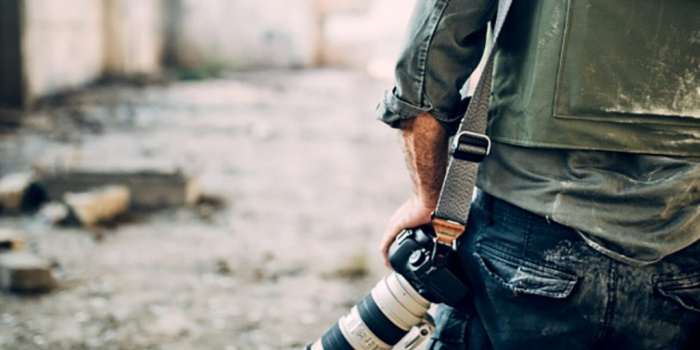 A team of Ukrainian journalists and photographers started working on the creation a digital photo archive named Ukrainian Warchive. The project's goals are to preserve documentary materials about the russian invasion and to support professional photographers covering the events in Ukraine. 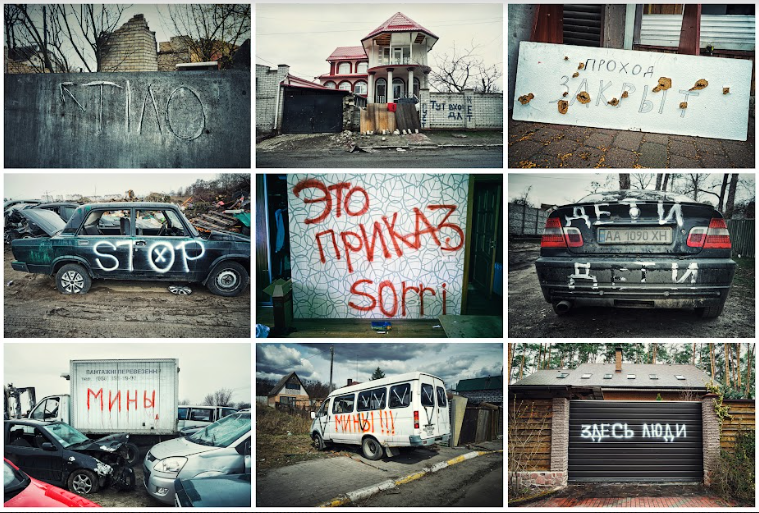 Alyona Hrom: A collage of signs on cars and buildings in Bucha after it was liberated by Ukrainian troops. Signs from top left to right: "Body," "Empty. No entry here," "Passage closed," "Stop," "This is an order. Sorry," "Children," "Mines," "Mines," "People here." Ukraine, April 2022.

russia's invasion of Ukraine became a turning point in European history, led to thousands of civilian casualties, and provoked a global food and energy crisis. There have not been wars of this scale since the Second World War. In response to the interest in studying and analyzing these events, a user-friendly interactive platform will be created that will allow readers to browse the large collection of photographs by date, place, author, and subject.

Every day, websites and social media are filled with images of war from various sources – reporters' cameras, bystanders' phones, drones, satellites, and special military devices. The Ukrainian Warchive initiators see the need for a single platform that would filter, verify, and store visual content about the war – to preserve valuable testimonies, create a reliable source of content for the media, public organizations, curators, and investigators.

"Today we observe not only how russian missiles are trying to destroy Ukrainian cities, but also how, at the official propaganda level, the russian dictatorship is distorting and trying to erase history. It denies the existence of Ukrainian culture as such. The idea of ​​our archive is to preserve photo evidence of the war now, along with the stories of their creation," noted the co-founder of the Ukrainian War Photographic Archive, photographer and curator Misha Pedan.

The war in Ukraine is covered by hundreds of photojournalists. Many of them are working on the front lines, risking their lives. It is already known about 33 cases of journalists being killed in this war, eight of whom died in the course of their work. 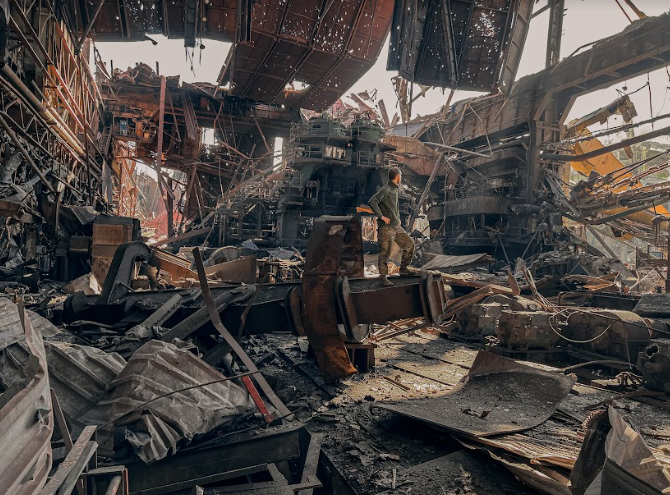 Dmytro Kozatsky: Azov Regiment soldier standing on the ruins of Azovstal plant during the seige of it in Mariupol. Ukraine, May 2022

At the initial stage, the development and launch of the photo archive was supported by the Swedish Institute. The project was also supported by the Hasselblad Foundation. Ukrainian Warchive plans to attract new partners, which would increase financial support for Ukrainian photographers.

The Swedish Institute is a state institution that works to spread knowledge about Sweden in the world, organizes international cooperation in the fields of culture, education, science, and public life. 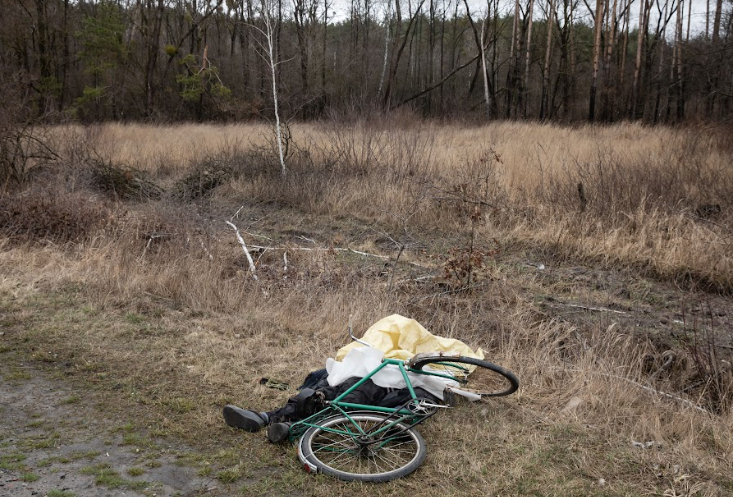 Mykhailo Palinchak. Dead civillian with a bike by the roadside. Bucha, Ukraine, April 2, 2022. 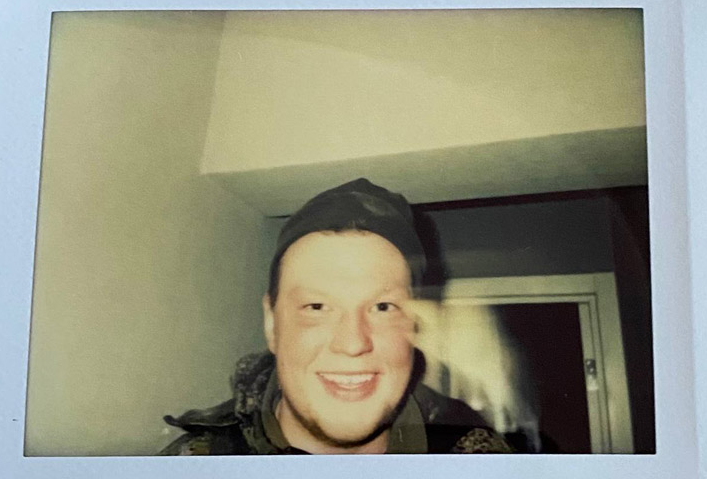 Polaroid photo made by a russian soldier in a Ukrainian citizen's apartment. Kyiv region, Ukraine, March 2022. 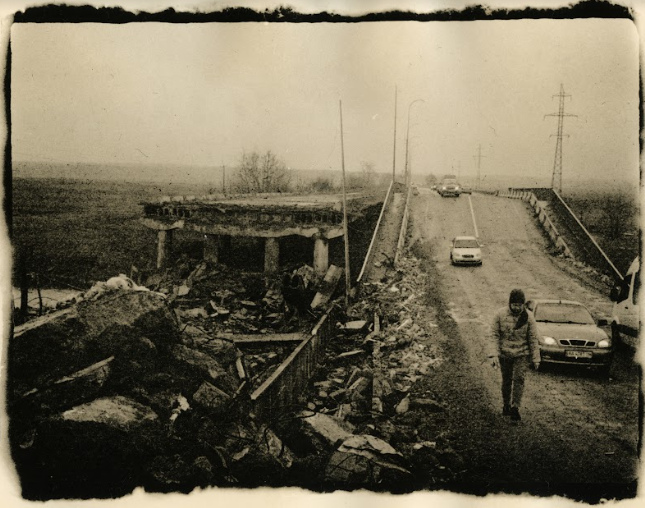 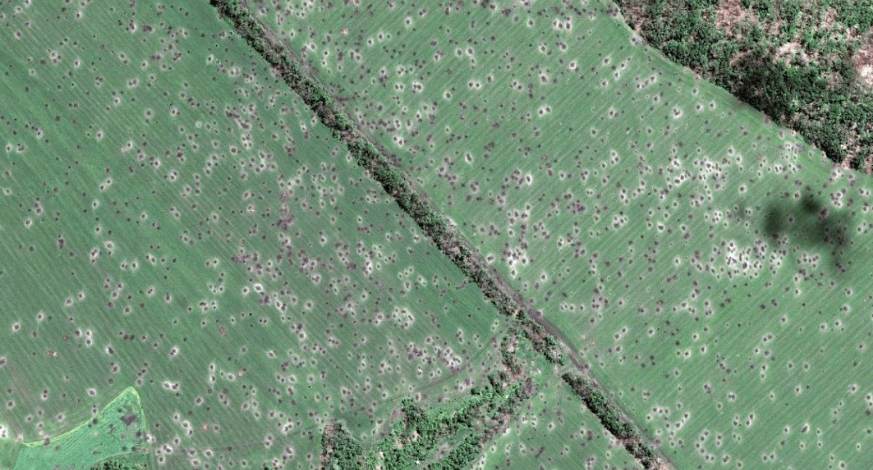 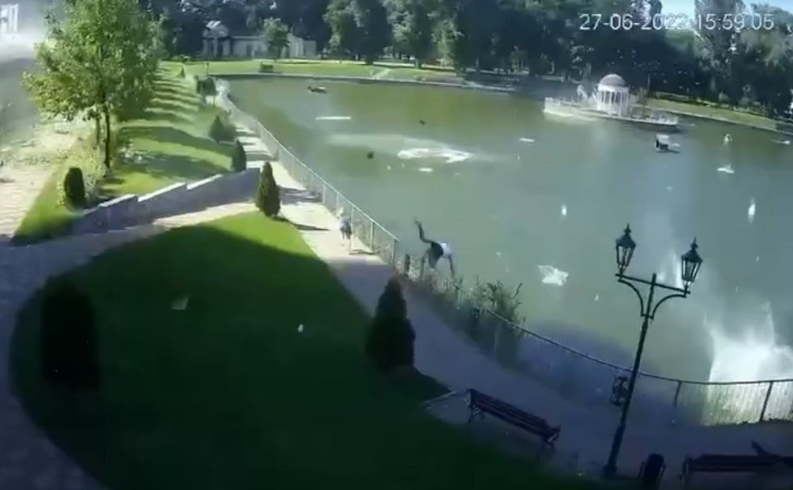 Screenshot from a surveillance camera in Kremenchuk at the moment of russia's missile strike at a shopping mall. Ukraine, June 2022

Photos for the media – here