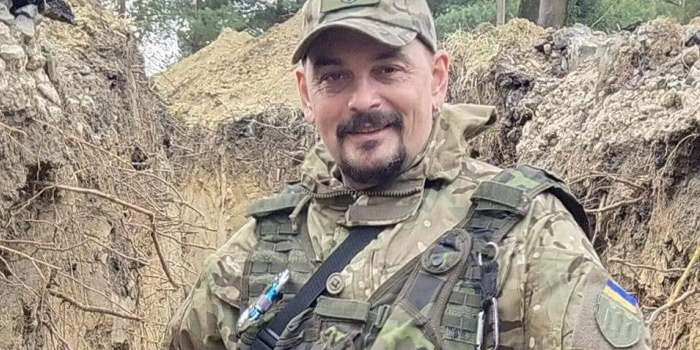 According to Pershy Zakhidny, Vasyl Yavorsky "died as a soldier, a fighter for justice, and a Hero!"

"Vasyl is a co-author of the 'Hero's Story' project. His documentaries prevented us from forgetting those who died for our peaceful sky, for the truth, for us. He is the one who told us the stories of Heroes, and now he himself has become one. He will forever remain in our hearts," the post reads.

According to Espreso, Vasyl was a soldier of the 103rd Brigade of the UAF Territorial Defence Forces. He was a director for many years, working with many TV channels, namely with "Espresso" and TRC "Pershy Zakhidny" in recent years. Since 2014, when the war with Russia began, he had been working on the information front, helping to create documentaries and programs about the war with Russians. In particular, he and his colleagues produced a series of programs about the Russian-Ukrainian war called "Hero's Story", as well as a documentary film titled "The Terminal's Last Medic. Ihor Zinych, call sign Psycho".

Vasyl Yavorsky enlisted in territorial defense back in 2021, predicting the threat of a Russian full-scale invasion of Ukraine. Therefore, he took up defending Ukrainians right in the first days of the invasion. He carried out combat missions in the front line's hot spots in Donetsk oblast.

He joined TV industry 15–20 years ago. First, he was a cameraman, then an editor, and then the main director.

"According to his colleagues, Vasyl had a good vision of the frame, as well as a sense of pace, which is very important in the editor's work. He liked sharing his experience; he taught many journalists, camerapeople, and editors the intricacies of television work. Vasyl was very philosophical about his part in the War of Liberation, simply saying that this is a job that someone has to do, so he was doing it," Espreso notes.

Vasyl Yavorsky is survived by a son from his first wife. He lived together with his second wife for several years. During the full-scale invasion, on September 10, 2022, the couple decided to get married and became a family officially.

Before joining the TV and radio company "Pershy Zakhidy", Vasyl Yavorsky worked as a director at Lviv's TV channels NTA and ZIK.

According to IMI, Vasyl Yavorsky is the 42nd media worker who died as a result of Russia's aggression in Ukraine. Eight of them died while performing journalistic work, 34 died as combatants or were killed by Russian shelling, not while carrying out their journalistic duties.