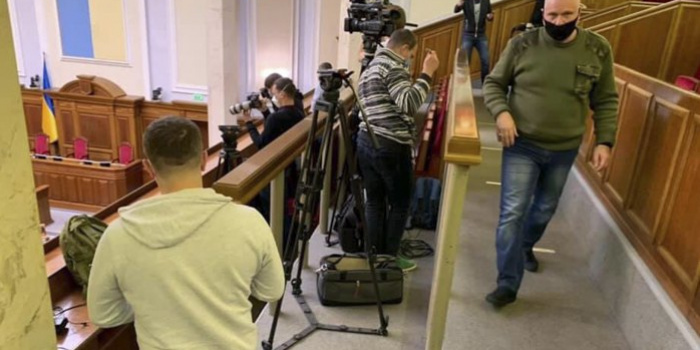 The Verkhovna Rada has allowed access to the journalists to the press box on the balcony of the parliamentary session hall, which had been closed during the lockdown. Access for cameramen and photojournalists is limited to 30 people, as LB.ua reported.

“The Verkhovna Rada has already opened a balcony for the press. Up to 30 cameramen and photojournalists can work in the press box of the session hall. We expect, it will be of benefit to the parliament: the coverage will of be high-quality, objective and professional, ” Iryna Karmelyuk, head of the press service, wrote on her Facebook page.

The access for journalists is limited by press center on the second floor of the parliament. Communication with the MPs is forbidden in the corridors.

On May 28, the chairman of the parliament, Dmytro Razumkov, amended the March 12 the Order “On Additional Measures to Prevent incidence of Acute Respiratory Disease”. According to the order, from June 1, media representatives are allowed to the press box of the balcony of the Verkhovna Rada meeting hall, in the order of arrival, and their total number in this box may not exceed 30 people.

Until October 27: accreditation for conference on Ukraine's implementation of ECHR decisions
Blogs
Sanctions against Medvedchuk’s TV channels. The first estimates
Do you want to be first to learn about the new research of the Institute of Mass Information? Subscribe to the newsletter!