Pakistani journalist murdered after warning of threats against him - CPJ 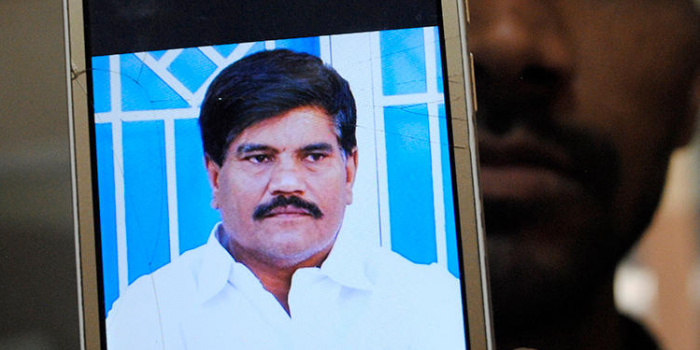 Pakistan authorities should take swift action to launch a thorough and credible investigation into the murder of journalist Aziz Memon, the Committee to Protect Journalists said today.

Memon, who worked for the privately-owned Sindhi TV channel KTN News and the Sindhi-language Daily Kawish newspaper, was found strangled to death in an irrigation ditch yesterday near the town of Mehrabpur in the Naushahro Feroze District of Sindh province, according to news reports.

“The tragic murder of Aziz Memon deserves swift justice, which is something Pakistani authorities have repeatedly failed to deliver for journalists,” said CPJ Asia Program Coordinator Steven Butler. “Given the victim’s previous allegations of threats from local officials, it is essential that the investigation be free from political meddling.”

Months earlier, Memon released a video, now circulating on Twitter, in which he said officials of the opposition Pakistan People’s Party and local police had threatened him over his reporting. His reporting included allegations that individuals were paid to attend a widely publicized 2019 “train march,” in which PPP Chair Bilawal Bhutto Zardari stopped at train stations to give speeches. The PPP is the dominant political party of Sindh province.

Fawad Chaudhry, Pakistan’s federal minister for science and technology and the former information minister, called in a Twitter post for the Chief Justice of Pakistan to take notice of the case, and for the Federal Investigation Agency to investigate the murder.

PPP Chair Bhutto Zardari issued a statement condemning the murder and called for a swift and impartial investigation. An email sent to the PPP asking for comment about the allegations against the party was not immediately answered.

Naushahro Feroze Senior Superintendent of Police Mohammad Farooq told CPJ that police were interrogating three individuals in connection with the murder. He added that while Memon had complained about police threats a year ago, Memon did not report any threat to police in the last six months.

Journalists in Sindh have been protesting for months against what they have called abuse by police, as CPJ reported in December. Pakistan ranked 8th on CPJ’s 2019 Global Impunity Index, with 16 unsolved killings of journalists in the past 10 years. Of the 34 journalists who were murdered for their work since 1992, when CPJ began keeping detailed records, partial justice has been achieved in only three cases, according to CPJ research.