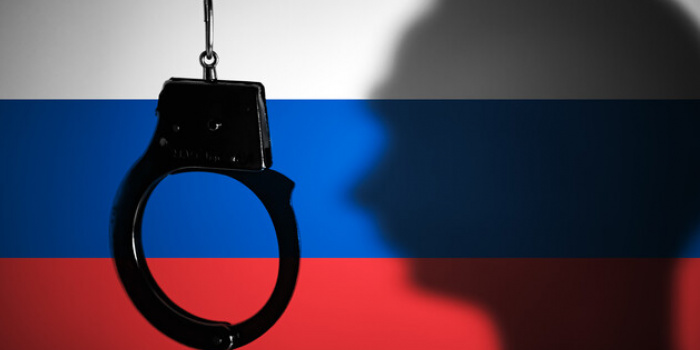 The Parliamentary Assembly of the Council of Europe calls for stepping up the efforts to establish a Special International Tribunal for prosecuting the crime of aggression against Ukraine.

The chairwoman of the Verkhovna Rada's Permanent Delegation to PACE, People's Deputy from the Servant of the People parliamentary faction Maria Mezentseva announced this on Facebook, reports Ukrinform.

She pointed out the resolution's key items. Among other things, the Assembly states that the Russian aggression must be unequivocally condemned as a crime, as a violation of international law, as a serious threat to international peace and security.

The PACE strongly condemns this blatant attempt to incorporate the territory of Ukraine into Russia by force and coercion and reiterates its firm support for the sovereignty, independence, and territorial integrity of the Ukrainian state within its internationally recognized borders.

PACE also calls for the creation and provision of a comprehensive system for holding Russia and its leadership accountable for the aggression and the international law, human rights, and international humanitarian law violations committed in its context.

In addition, the PACE calls on the Council of Europe member states to ensure a comprehensive system of responsibility for serious violations of international law that arose as a result of the Russian Federation's aggression against Ukraine, actively cooperating with the Ukrainian authorities on this issue. In this context, the Assembly calls for speeding up the establishment of the Special (ad hoc) International Tribunal for prosecuting the crime of aggression against Ukraine, as well as the creation of a comprehensive international compensation mechanism, including an international registry of the inflicted damage.

According to Mezentseva, the Ukrainian parliamentary delegation to the PACE proposed to create a mechanism for constant monitoring of the efforts aimed at providing and protecting a system of holding Russia accountable for its grave violations of international law, as well as to financially support Ukraine's restoration.

Moreover, the Assembly called on all member states to financially support the reconstruction of Ukraine and provide it with the necessary air defense systems.

The PACE also called on the Council of Europe member states' heads of states and governments to gather for a fourth summit in the Organization's history and to include the issue of Russia's responsibility, as well as support for Ukraine, in its agenda. The summit is expected to be held in May 2023. Mezentseva clarified that this summit will be held almost 18 years after the previous one.

In addition, the Assembly calls on international organizations to consider appropriate measures to prevent the Russian regime from using their staff members of Russian nationality to support the Russian Federation's aggression against Ukraine, spread false information and the Russian narratives concerning it, and influence the political decisions of these organizations.

At the same time, PACE recognizes Russia's threats as appalling and reckless. They violate international law and are incompatible with the obligations of a nuclear state that has a permanent seat in the UN Security Council, which it formally occupies through deception – by illegaly appropriating the membership of the former USSR.

As IMI reported, on October 13, PACE adopted a resolution recognizing the Russian Federation as a terrorist regime.