One in every four residents of the South and the East of Ukraine wants Ukraine to join the EU, 14% — the Customs Union — survey 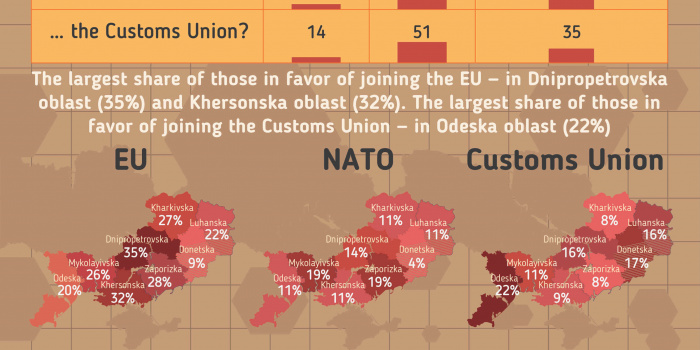 One in every four residents of the East and the South of Ukraine wants Ukraine to join the European Union, while joining NATO and the Customs Union enjoys significantly poorer support (13% and 14%, respectively). At the same time, around the third of the residents are still undecided on the issue.

Support of Ukraine joining the EU and NATO stays on the same level as the last year, while support of the Customs Union went down from 18% in 2016 to 14%. 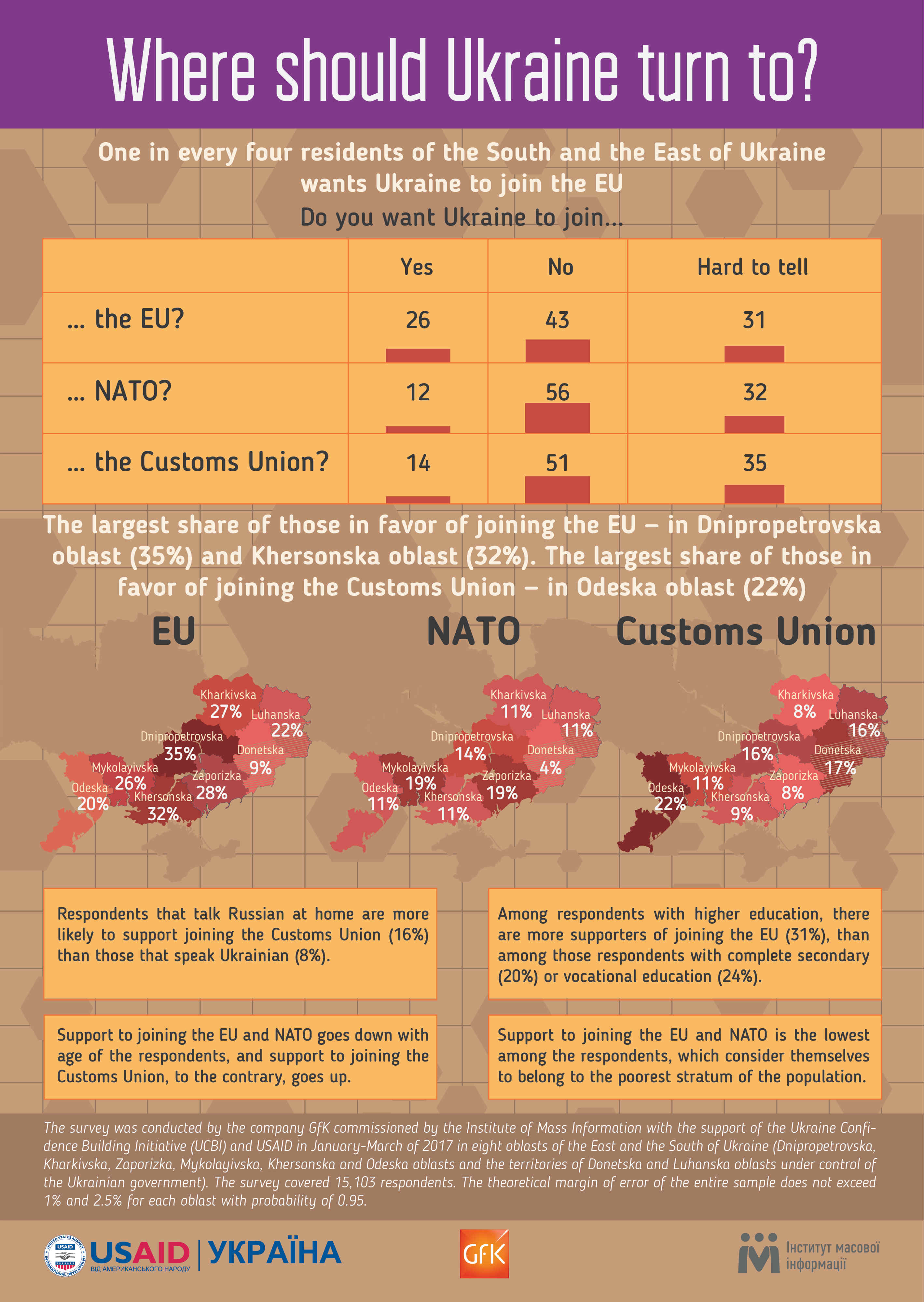 Support to joining the EU is most popular in Dnipropetrovska (35%) and Khersonska (32%) oblasts, and least popular — in the unoccupied part of Donetska oblast (9%).

Joining the Customs Union enjoys the most support in Odeska oblast (22%). The least support to this idea was observed in Kharkivska (8%), Zaporizka and Khersonska oblasts (9% each).

It should be pointed out that in several oblasts, an extremely large share respondents avoided giving a clear answer to the listed questions. In Donetska oblast, it varies from 41-42% on the issues of joining the EU and NATO to 46%, when the question is about joining the Customs Union. In Luhanska and Mykolayivska oblasts, 36-38% respondents also found it difficult to answer the question about joining the Customs Union. According to the sociologist Andriy Marusov, «One should treat with caution the distribution of opinions in these oblasts, as it is impossible to know for sure what share of those who chose the answer ‘Hard to say’ are indeed unsure about their stance on the question asked and what share of them is afraid to express their opinion due to a variety of reasons ».

The respondents that speak Russian at home are more likely to support joining the Customs Union (16%) than those, who speaks Ukrainian (8%).

Another person notified of suspicion of murder of Vasyl Serhiyenko
Blogs
Sanctions against Medvedchuk’s TV channels. The first estimates
Want to learn first about the new research of the Institute of Mass Media? Subscribe to the newsletter!