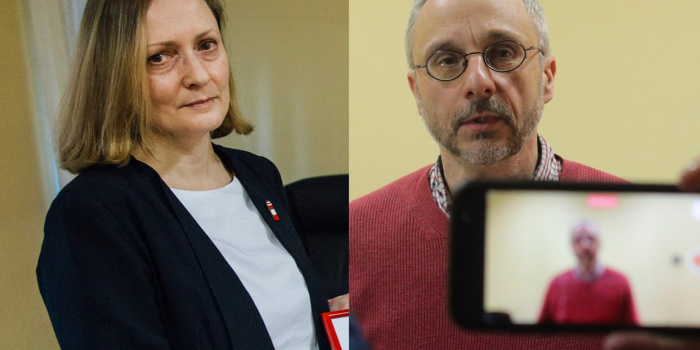 BelaPAN director Iryna Leushyna and former director Dzmitry Navazhylau have been accused of tax evasion (Article 243-2 of the Criminal Code), naviny.by reports. If found guilty under this article, one may be sentenced to up to 5 years of restriction of liberty or 3 to 7 years in jail, as Belsat reported.

In the period from June 2018 to January 2021, employees of news agency BelaPAN submitted false information to the tax office, which led to non-payment of taxes totalling to over 100,000 rubles, the Belarusian Investigative Committee reported in late August.

They have been taken in custody for two months, starting brom the moment of detention.

Iryna Leushyna, Dzmitry Navazhylau, and accountant Katsyaryna Boyeva were detained under criminal proceedings for ‘organisation or preparation of actions that grossly violate public order’ (Art.342 of the Criminal Code) on August 18 on the back of the raids on the editorial office and flats of BelaPAN journalists. On August 27, Katsyaryna Boyeva was released on her recognizance to appear, but she still remains a suspect.

BelaPAN is the first independent Belarusian news agency, it was founded in 1991. The agency sells news to other publications and institutions and runs the online newspaper Naviny.by.