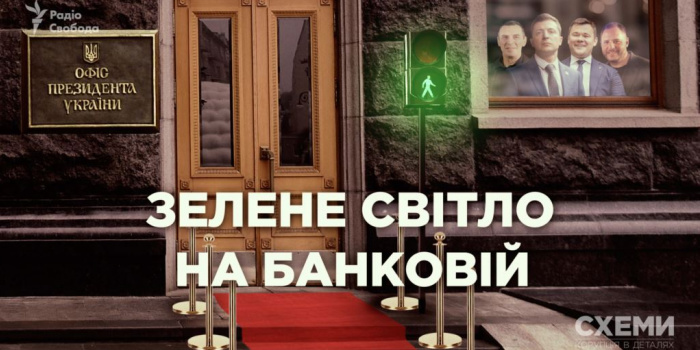 The Office of the President's denied to provide information to the Scheme program information about visitors and the purpose of their meetings, explaining that it was "confidential information", as Radio Free Europe/Radio Liberty reported.

“Keeping visitor log (visitor register) ... is an ancillary document for the convenience of the security service staff when admitting visitors,” Tamara Kozytska, Head of the Department of Access to Public Information at the President’s Office, says replying to request for information.

The Office of the President noted that " information about the visitors is of a restricted access" and also declined to provide an instruction specifying the procedure of admission of persons to the President's Office.

"Thus, Zelensky continued the practice of his predecessors - Petro Poroshenko and Viktor Yanukovych, when the names of guests of the presidential office were classified as secret, refusing to provide such an information, that allows the first persons of the state to meet with oligarchs, persons of dubious reputation, unnoticed by public," indicate "Schemes".

Over the course of several months - in October, November and December 2019 - the “Schemes” TV crew have recorded among the visitors of the OP relatives of presidential assistants, friends of Volodymyr Zelensky from the 95th quarter, businessmen, anti-corruption officials, judges and former officials of the Yanukovych time, and someones from Azarov’s government, former head of the Security Service of Ukraine and Ex-Vice-Prime Minister Valery Khoroshkovsky, oligarch Victor Pinchuk.

As “Schemes” recalled, during the first months after his victory, the newly elected President wrote on Facebook: "No more backstage talks, nightly visits to the Administration of the President (actually Office of the President – n/tr) and agreements disguised from the public" - and promised transparency and openness in relations with big business.