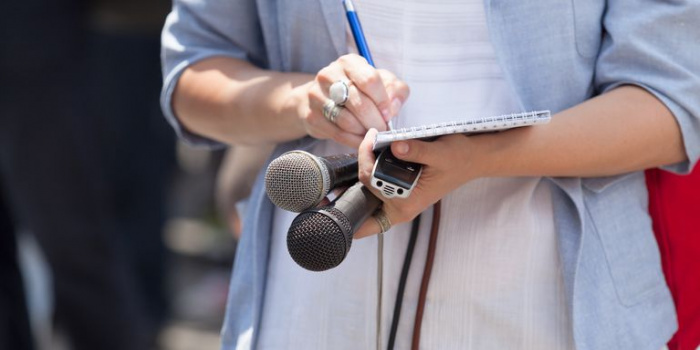 The journalists in Odessa made a stand against the bill №2693 “On Media” and demanded to exclude it from consideration. They said it in the open letter addressed to the President Volodymyr Zelensky, according to the copy of that letter sent to IMI.

By doing this, the media community of Odesa region has expressed its support to the position of the National Union of Journalists of Ukraine.

“We do not support the draft law №2693 "On Media", proposed by MPs, as it violates the right to freedom of speech guaranteed by the Constitution of Ukraine and the Convention for the Protection of Human Rights and Fundamental Freedoms. We agree with the negative assessment of the bill provided by the Organization for Security and Cooperation in Europe and the Main Scientific and Expert Department of the Verkhovna Rada, ” the letter said.

Journalists in Odessa considered the bill "a gross violation of the Constitution of Ukraine, which actually has formed in Ukraine a body of direct censorship, hypocritically called the National Council on Television and Radio Broadcasting."

“We demand not to review this law, but to completely reject it and withdraw its draft from the Verkhovna Rada. We also demand that representatives of the journalistic community, including those ones from the regions, be given the right to approve the texts of bills in the field of media, ”the statement reads.

The letter was signed by 41 journalists.

It will be recalled that on June 30, the National Union of Journalists of Ukraine and dozens of media outlets and bloggers opposed to the media bill.

The author of one statement is the chairman of the National Union of Journalists of Ukraine Serhiy Tomilenko. The author of another statement , according to Media Detector, was the head of the Association of Media Lawyers of Ukraine Tetyana Kotyuzhynska, and the statement was signed by more than 70 heads of online publications, TV presenters, bloggers and representatives of regional media. Among them are Olesya Batsman, Natasha Vlashchenko, Dmytro Gordon, Sonya Koshkina, Pavlo Elizarov, Denis Ivanesko, Orest Sohar, Oleksandr Shvets, Viktor Shlinchak, Roman Shrayk and others. The full text of the statements is published on the NSJU website.

The authors of both statements criticized Bill № 2693, registered by a group of MPs in December 2019, and demanded that the Verkhovna Rada to reject it. Instead, they suggested to study the experience of EU countries in implementing Directive 2018/1808 on audiovisual media services, to assess its impact on various areas in Ukraine and to analyze overall impact.

As reported by IMI, on July 8, the Media Movement "Media for Conscious Choice" and its participating organizations expressed their support for the draft law "On Media", prepared for a second reading (№2693-d of 02.07.2020), and called for correcting a number of provisions, which caused a negative reaction from the media community.