Occupiers in Luhansk oblast create a list of "forbidden" books 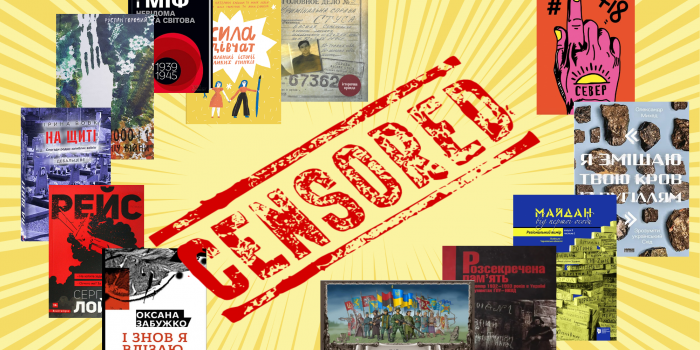 The "LPR" group has created a list of "extremist" literature. These books are recommended to be removed from libraries. In addition, the occupiers are trying to keep comics, as well as books on gender and the Ukrainian history, including the Holodomor, out of the readers' sight.

"Tribun" editor-in-chief Oleksiy Artyukh posted the list of books on his Telegram channel.

The document, addressed to the heads of educational institutions, advises that they remove the books on the list of over 300 items from school library collections in the occupied Luhansk oblast. The list includes fiction, history books, biographies, and essays about Ukraine. In addition to the books on the list, it is recommended to remove: 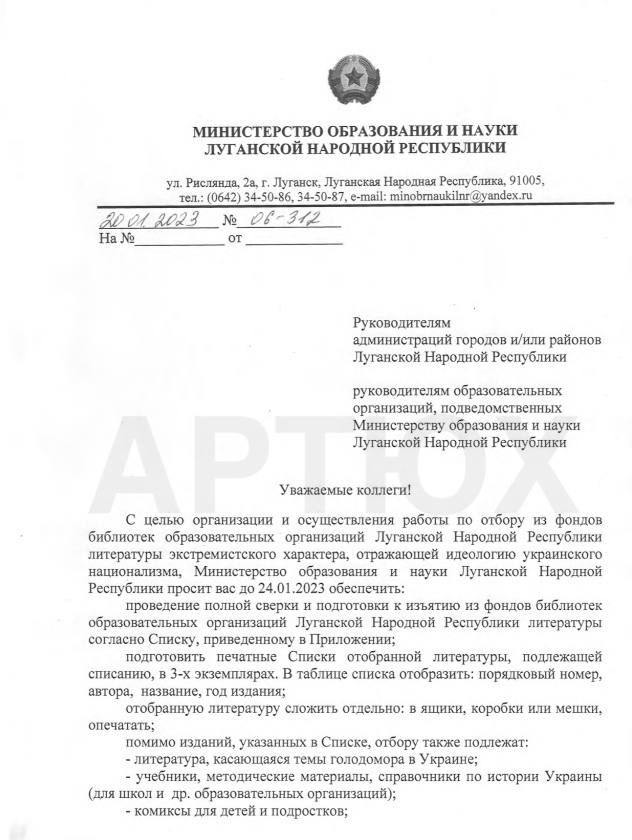 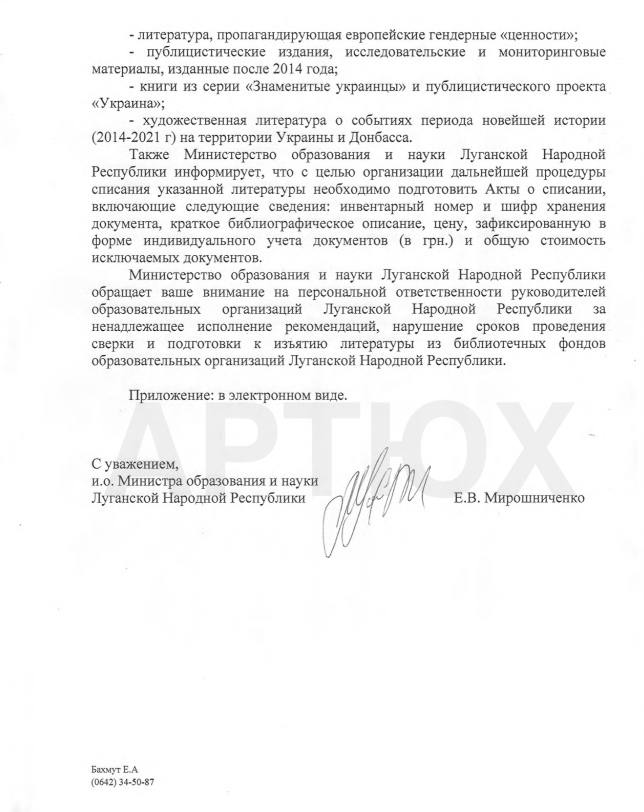 Librarians are required to compile a list of removed books in three copies, pack the books into boxes and bags themselves, then seal them. Library managers are threatened with being held personally responsible if the requirements aren't met.

The list of "forbidden" works includes 365 items, most of which are books (fiction and non-fiction) on the history of Ukraine. From now on, books by dissident Levko Lukyanenko and military commander Symon Petlyura, Oksana Zabuzhko's essay collection "Yet Again I Get Into My Tank", and novels and short stories by former political prisoner Oleh Sentsov are banned in the occupied Luhansk oblast. Fictional novels such as Irene Rozdobudko's "Button", Yevhen Polozhiy's "Ilovaisk", Serhiy Loyka's "Airport" are to be removed from libraries.

The "LPR" group also decided to ban Vakhtang Kipiani's book "The Stus Case". In 2019, the Stus's former defense attorney and then-deputy Viktor Medvedchuk tried to prevent the collection of KGB's archival documents with accusations brought against the Ukrainian poet from being published, but failed. Now this book has entered the list of works forbidden in the occupied territory.

The "LPR" group even banned the first issue of Luhansk modern culture and art magazine "Plus Minus Neskinchennist", which was published in Russian. 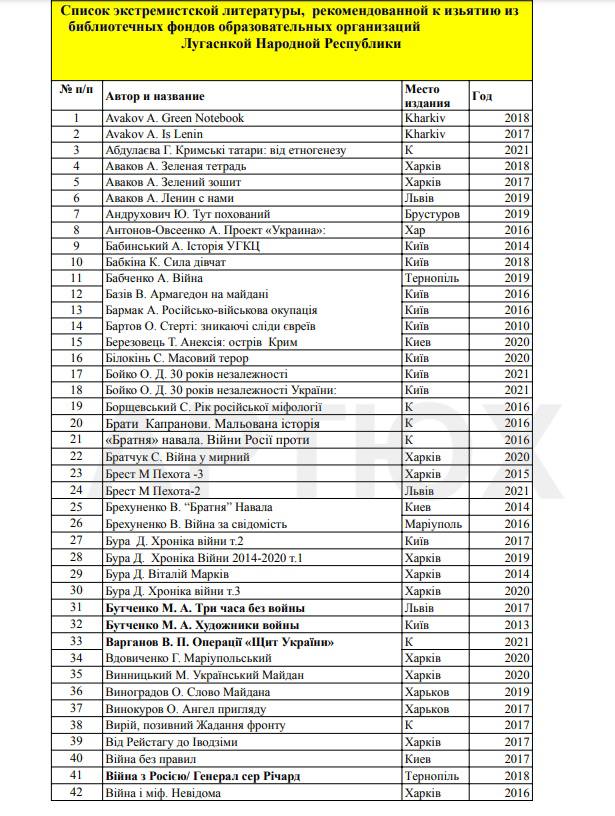 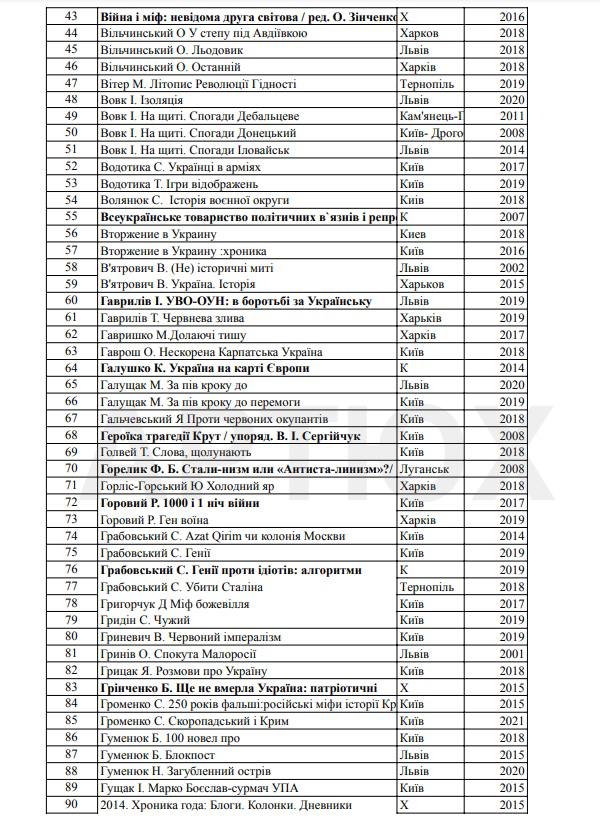 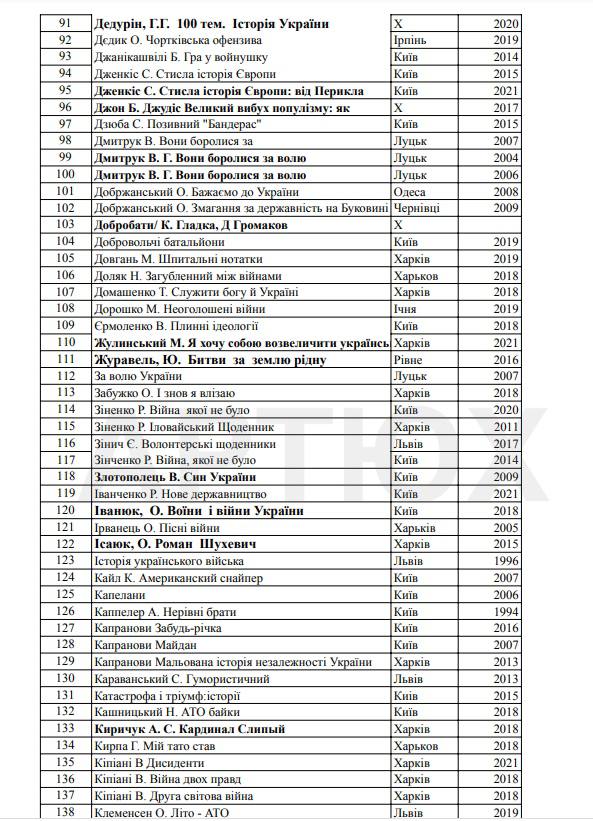 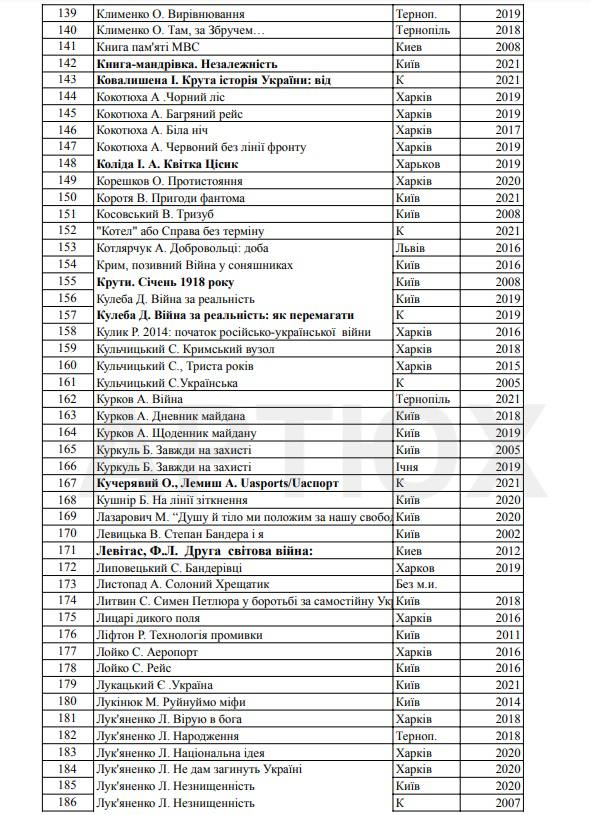 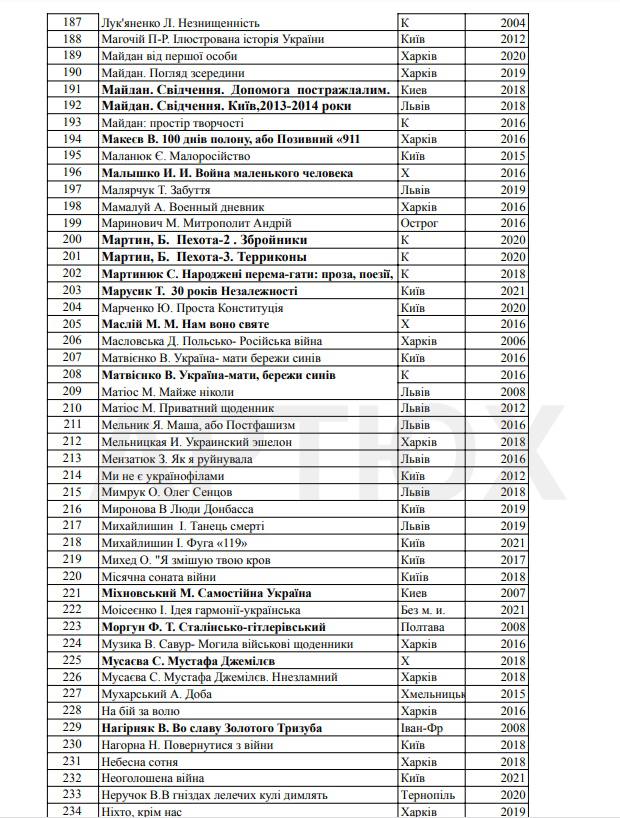 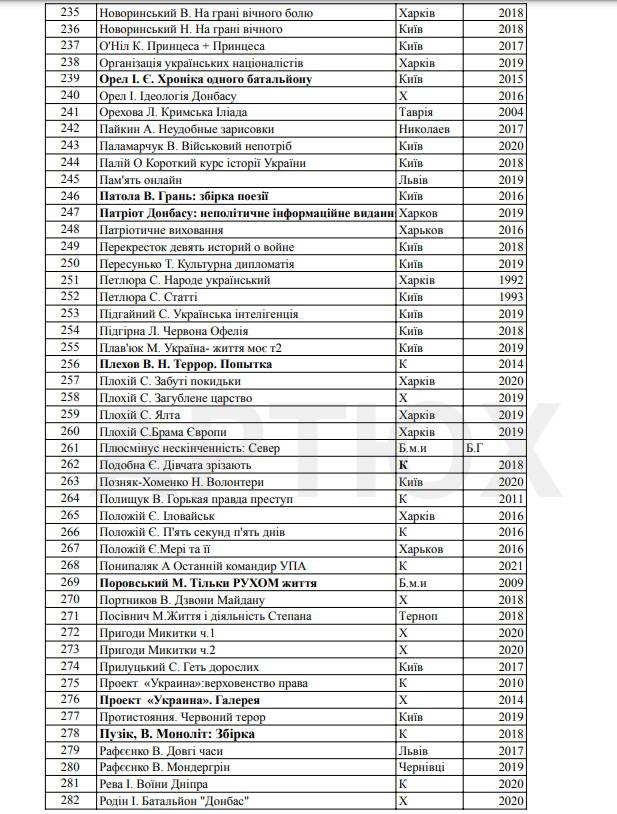 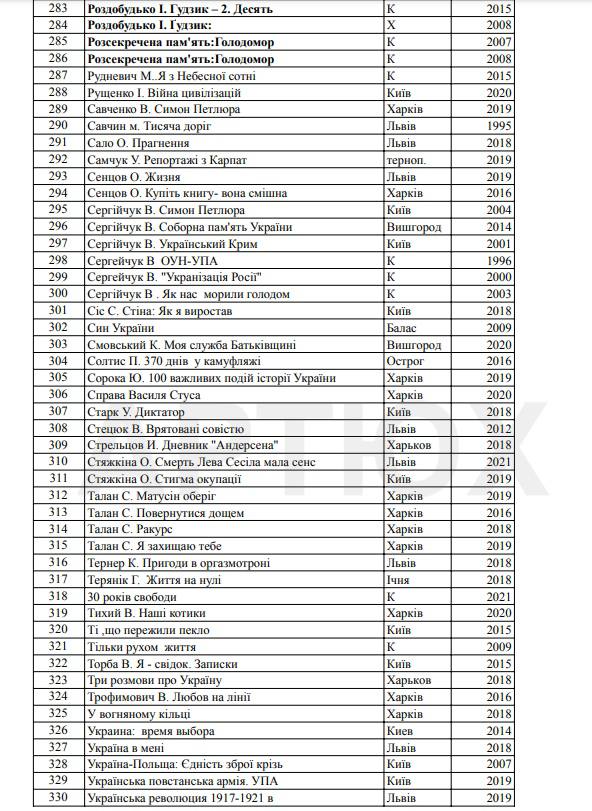 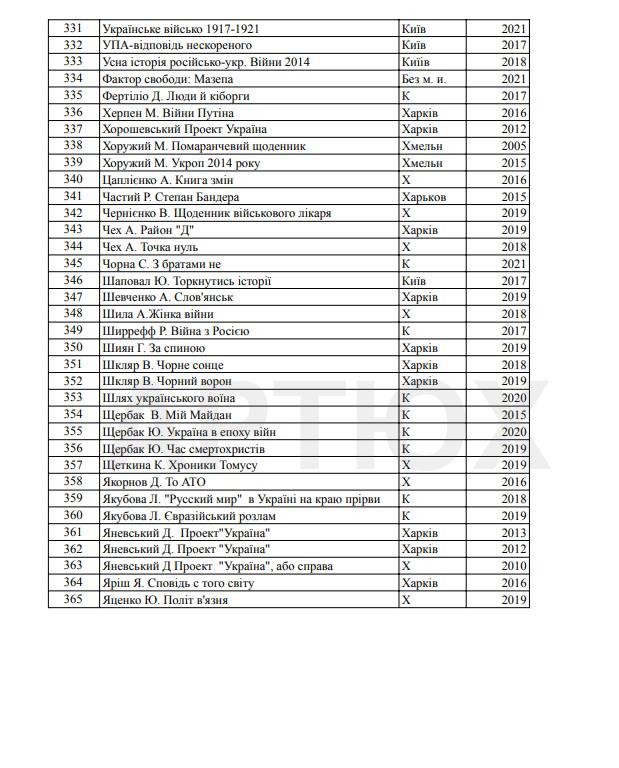