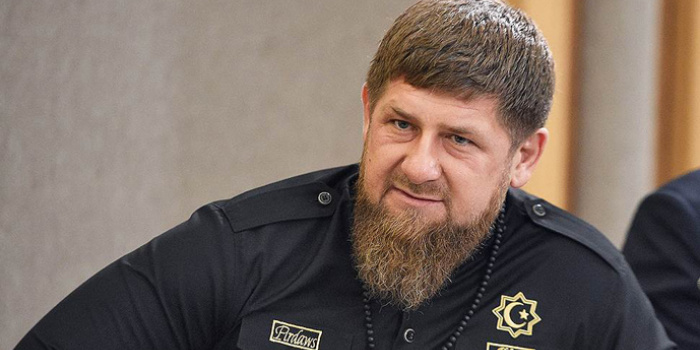 The complaint was submitted to the chairman of the investigative committee Oleksander Bastrykin, according to the publication's website.

Novaya Gazeta is suing Kadyrov for incitement to hatred or enmity (paragraph "a", part 2 of Article 282 of the Russian Criminal Code).

This is Kadyrov's post in a telegram published on January 24, in which he called Kalyapin and Milashina "terrorists" and "accomplices of terrorists who make money with the Chechen Republic and Chechens by working out scenarios and whispering texts and behavior in the ears of their characters." The post was published after abduction by Chechen security forces of Zarema Musayeva, the wife of federal judge Saida Yangulbayev.

"Kadyrov claimes about his methods of combating terrorists and his future plans, namely:" We have always eliminated terrorists and their accomplices, between whom there is no difference at all, and we will continue to do so with them. We have cleared our land of them and are now fighting them mercilessly wherever they may be, ” Kadyrov’s statement said.

The publication reminded that earlier the press secretary of the president of the Russian Federation Dmitry Peskov, commenting on Kadyrov's words about Milashina and Kalyapin, said that it was "his right" to use the word "terrorist accomplices" regarding these people. "

On January 20, representatives of the Chechen Interior Ministry in Grozny came to Yangulbayev and Musayeva's apartment in Nizhny Novgorod (Russia). They took Musayeva, who suffers from diabetes, in an unknown direction, without clothes and necessary medicines. Musayeva and Yangulbayev are the parents of Abubakar Yangulbayev, a former employee of the North Caucasus branch of the “Committee against Torture”. Human rights activists linked Musyaeva's abduction to the activities of her son, who had been summoned several times for questioning as a witness in the case of justifying terrorism (Article 205.2 of the Criminal Code), and his home was searched.

Commenting on the situation around Musayeva, Kadyrov said that the Yangulbayevs allegedly supported extremism and terrorism. After that, Musaeva's husband and daughter left Russia.