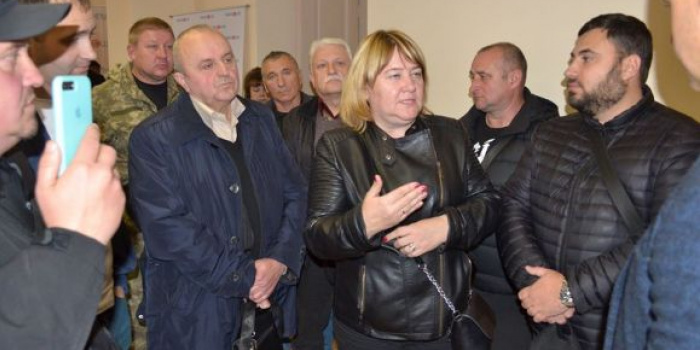 Three dozens of persons broke in the premises of the press club, they named themselves representatives of Anti-Terrorist Operation (ATO) organizations. They refused to leave the premises and thus, tried to disrupt the press conference relative to the problems of the heating season in the town of Novy Razdil, in Lviv region (with speakers MP Taras Batenko, elected member of Lviv municipal council Igor Telishevsky and Deputy Mayor of Novy Rozdil in 2015-2019Andriy Tsyura).

The Lviv Press Club regarded this incident as an obstruction to journalistic activity. "Because the members of the press club and the mass media, who attended the event, were prevented from performing their professional duties," the statement reads. The press club appealed to the police and public prosecutor’s office.

As head of the press club Roman Shestak commented on to  Zaxid.net , none of these persons had press card and had no relation to journalistic activity. According to the newspaper, the intruders have repeatedly demanded to give them the floor. Someone suggested that the incident was to  discredit the head of the Lviv regional administration Markian Malsky.

On November 9, a representative of the police in Lviv region Svitlana Dobrovolska said that an inquiry had been initiated due to complaint filed by the journalists.