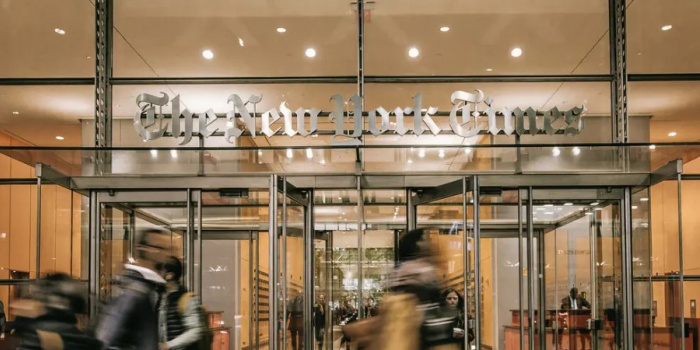 On December 8, The New York Times journalists went on a one-day strike after the company's management and the union failed to come to an agreement on salaries, health and retirement benefits, and other issues. This is reported on the publication's website.

The 24-hour walkout is the first strike of its kind at the newspaper in about 40 years. No labor action has stopped publication of The Times since a strike of pressmen and others in 1978, which lasted 88 days.

The company's management and the union, which represents most of the newsroom, have failed to come to an agreement on a new contract after over a year and a half of talks. The contract between The Times and The New York Times Guild expired in March 2021, and about 40 bargaining sessions have been held since.

More than 1,100 employees signed a pledge to strike for 24 hours. The union negotiating the contract, which is part of the NewsGuild of New York, represents about 1,450 employees in the newsroom, advertising and other areas of the company. More than 1,800 people work in The Times’s newsroom.

In a statement on December 7, the union accused The Times of bargaining in bad faith. “Their wage proposal still fails to meet the economic moment, lagging far behind both inflation and the average rate of wage gains in the U.S.,” the union said in its announcement that it would strike.

Joe Kahn, the executive editor of The Times, said he was disappointed with the union’s decision. “Strikes typically happen when talks deadlock. That is not where we are today. While the company and the NewsGuild remain apart on a number of issues, we continue to trade proposals and make progress toward an agreement,” he said.

Other issues discussed during talks include return-to-work policies and the company’s performance rating system for employees. In a study it released in August, the union said the system was discriminatory.

During its negotiations with The Times, union negotiators have argued that reporters and editors are struggling with inflation as the company produces healthy operating profits.

Meredith Kopit Levien, chief executive of The Times, wrote in a companywide email that investments in the news report had resulted in high-paying, secure jobs for many journalists. She said that profits had not caught up to where they were decades ago.

“Those investments are possible because of the great care we’ve taken as a company over the last decade to work our way back to economic growth in a radically transforming industry. We’ve done so by making financial decisions that are sustainable not just in the moment, but for years to come,” Ms. Levien said.

The union has planned a demonstration outside The Times’s headquarters in New York on December 8 in the afternoon.