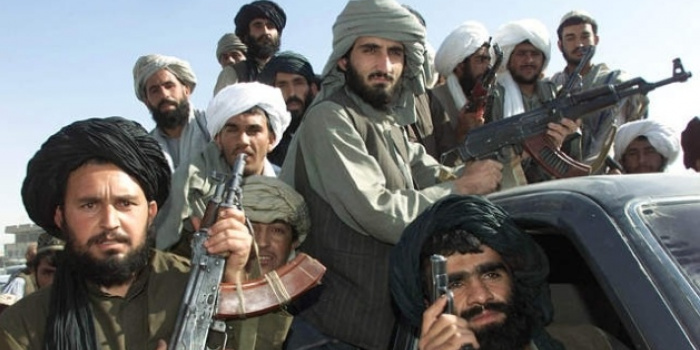 Ukrinform
Publicly, the Taliban have undertaken to protect journalists and respect press freedom but the reality in Afghanistan is completely different, says Reporters Without Borders (RSF). The new authorities are already imposing very harsh constraints on the news media even if they are not yet official, as Reporters sans frontières reported.

The list of new obligations for journalists is getting longer by the day. Less than a week after their spokesman pledged to respect freedom of the press “because media reporting will be useful to society,” the Taliban are subjecting journalists to harassment, threats and sometimes violence.

“Officially, the new Afghan authorities have not issued any regulations, but the media and reporters are being treated in an arbitrary manner,” RSF secretary-general Christophe Deloire said. “Are the Taliban already dropping their masks? We ask them to guarantee conditions for journalism worthy of the name.”

Privately-owned Afghan TV channels that are still broadcasting in the capital are now being subjected to threats on a daily basis.

A producer* working for one privately-owned national channel said: “In the past week, the Taliban have beaten five of our channel’s reporters and camera operators and have called them ‘takfiri’ [tantamount to calling them ‘unbelievers’, in this context]. They control everything we broadcast. In the field, the Taliban commanders systematically take the numbers of our reporters and tell them: ‘When you prepare this story, you will say this and say that.’ If they say something else, they are threatened.”

Many broadcasters have been forced to suspend part of their programming because Kabul’s new masters have ordered them to respect the Sharia – Islamic law.

“Series and broadcasts about society have been stopped and instead we are just broadcasting short news bulletins and documentaries from the archives,” said a commercial TV channel representative, who has started to let his beard grow as a precaution and now wears traditional dress.

The owner of a privately-owned radio station north of Kabul confirmed that the Taliban are progressively and quickly extending their control over news coverage. “A week ago, they told us: ‘You can work freely as long as you respect Islamic rules’ [no music and no women], but then they began ‘guiding’ us about the news that we could or could not broadcast and what they regard as ‘fair’ reporting,” said the owner, who ended up closing his radio station and going into hiding.

Two journalists working for the privately-owned TV channel Shamshad were prevented by a Taliban guard from doing a report outside the French embassy because they lacked a permit signed by the Islamic Emirate of Afghanistan. But when they asked the guard where they should go or who they should ask for such a permit, he said, “I don’t know.”

In the past few days, the Taliban have ordered the most influential Afghan broadcast media to broadcast Taliban propaganda video and audio clips. When media outlets object, “the Taliban say it is just publicity and they are ready to pay for it to be broadcast, and then they insist, referring to our national or Islamic duty,” a journalist said.

Incidents are meanwhile being reported in the field, and at least ten journalists have been subjected to violence or threats while working in the streets of Kabul and Jalalabad in the past week. The Taliban spokesman announced on Twitter on 21 August that a tripartite committee would be created to “reassure the media.” Consisting of representatives of the Cultural Commission and journalists’ associations, and a senior Kabul police officer, the committee’s official purpose will be to “address the problems of the media in Kabul.” What will its real purpose be?

The pressure is even greater in the provinces, far from the capital. Around 100 privately-owned local media outlets have suspended operations since the Taliban takeover. All of privately-owned Tolonews TV’s local bureaux have closed. In Mazar-i-Sharif, the fourth largest city, journalists have been forced to stop working and the situation is very tense. One national radio station’s terrified correspondent said: “Here in the south, I have to work all the time under threat from the Taliban, who comment on everything I do. ‘Why did you do that story? And why didn’t you ask us for our opinion?’ they say. They want comment on all the stories.”

The head of a radio station in Herat province that had many listeners before the Taliban takeover said the same. He also reported that, at meeting with media representatives on 17 August, the province’s new governor told them he was not their enemy and that they would define the new way of working together.

While all the journalists remained silent, the governor then quoted a phrase from the Sharia that that sums up Islam’s basic practices. He said: “The Sharia defines everything: ‘Command what is good, forbid what is evil.’ You just have to apply it.” The radio station director added: “After that, most of my colleagues left the city and those of us who stayed must constantly prove that what we broadcast commands what is good and forbids what is evil.”

Foreign correspondents still in Kabul have not yet been subjected to these dictates and are managing to work in an almost normal manner. But for how much longer? The Islamic Emirate of Afghanistan’s Youth and Information Department issued this message to foreign journalists on 21 August: “Before going into the field and recording interviews with IEA fighters and the local population, they should coordinate with the IEA or otherwise face arrest.”

“There are no clear rules at the moment and we have no idea what will happen in the future,” said a Swiss freelancer who has stayed in Kabul. Another foreign reporter said: “The honeymoon is not yet over. We are benefitting from the fact that the Taliban are still seeking some legitimacy, and the arrival of the big international TV stations in the past few days is protecting us. The real problems will start when we are on our own again.”

*The anonymity of all Afghan and foreign journalists quoted in this press release has been preserved at their request and for security reasons, given the climate of fear currently reigning in Afghanistan. Many of the journalist contacted by RSF said they did not want to be quoted at all, because they have no way of leaving Afghanistan.