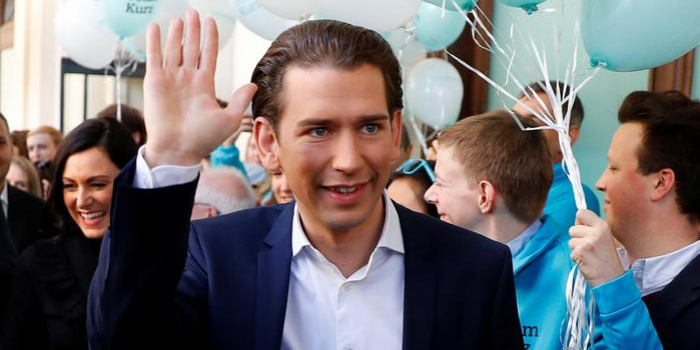 Austrian Chancellor Sebastian Kurz is under investigation for media bribery, prosecutors say. His offices and party headquarters were subjected to morning raids by investigators seeking evidence, as Deutsche Welle reported.

Prosecutors in Austria on Wednesday said that Chancellor Sebastian Kurz and nine other individuals were being probed for bribery, after investigators carried out raids on offices of the his ruling People's Party (ÖVP).

The swoops were in connection with the placement of misleading advertisements in a tabloid newspaper, they said.

What were they looking for?

Prosecutors said in a statement that raids had been carried out in several locations, including two government ministries, as part of the probe.

The prosecutors said they were looking into allegations that "resources from the Finance Ministry were used to finance partially manipulated opinion polls that served an exclusively party political interest" between 2016 and 2018.

It is during this period that Kurz took over the leadership of the right-wing ÖVP, leading it into government at the head of a coalition with the far-right Freedom Party (FPÖ). Kurz and nine other people, as well as three organizations, are under investigation over the alleged offenses, prosecutors said.

Kurz denied any wrongdoing in comments to the broadcaster ORF.

"I am convinced that these accusations will also soon turn out to be false," he said, accusing investigators of taking chat messages out of context or misrepresenting them.

The deputy secretary-general of the ÖVP, Gabriela Schwarz, also said the allegations were false.

"This always happens with the same goal and scheme: To massively damage the People's Party and Sebastian Kurz," she said.

Schwarz said the raids had taken place "for show" and that "accusations were constructed over events that date back as far as five years."

Kurz is already under investigation on suspicion of having made false statements to a parliamentary committee on corruption. However, he has not been charged.

The Austrian chancellor started his second term as chancellor in January 2020, heading a coalition with the Green party as junior members.

His previous government, the coalition with the FPÖ, disintegrated in May 2019 over the so-called "Ibiza-gate" corruption scandal.

This was sparked by a video showing then FPÖ chief Heinz-Christian Strache caught on camera appearing to offer public contracts in exchange for campaign help.

Since the scandal, investigators have launched several investigations into alleged corruption, some of them targeting top ÖVP politicians such as Finance Minister Blümel.