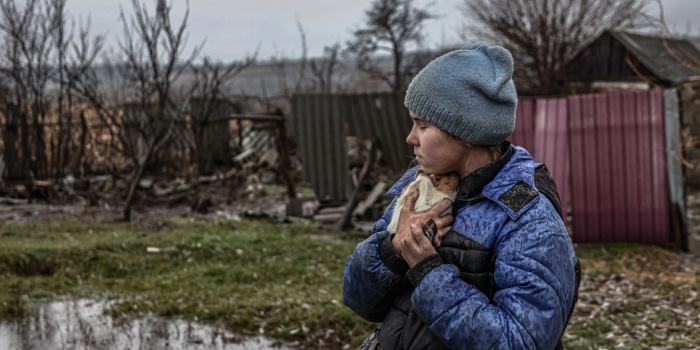 The National Council for Television and Radio Broadcasting has published recommendations for journalists on speaking about children in wartime; the recommendations are intended to protect minors from retraumatization. The document with recommendations is called "Media Coverage of Children in Wartime", the NCTRB press service reports.

It is noted there that the document is intended to prevent the media from inflicting further psychological damage on children who had come undre fire or lived through occupation, lost relatives or suffered injuries, had to become refugees together with their families, etc., when talking about them.

"These guidelines should tell the media where the thin ice which should not be stepped on lies in such stories," the press service said.

According to Olena Nitsko, the head of the working group that developed the document, the recommendations will provide the media with the necessary guidelines on how to cover sensitive topics and what should be avoided. Namely, psychologists stress the victim image must not stick to the war-affected children in the media. On the contrary, psychologist Lyubov Naidyonova, a member of the working group, emphasizes that when talking to children, a journalist should be encouraging, "to find the right tone, so as not to retraumatize them with their questions and clarifications."

The media regulator emphasizes that the document is open for signature and all media – TV channels, online television, radio stations, online publications – can join it, study it in their editorial offices and newsrooms, and commit to the proposed rules.