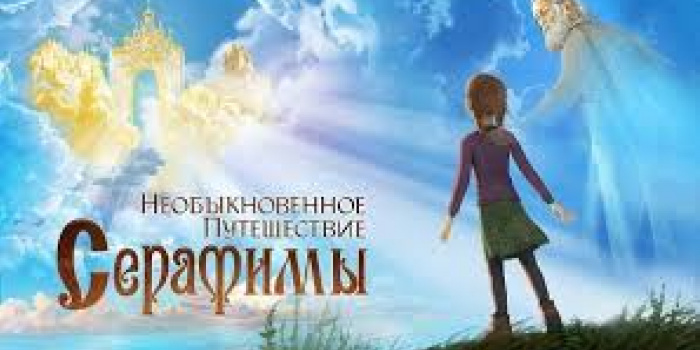 At a meeting on December 10, 2020, the National Council for Television and Radio Broadcasting announced a warning to 112.Ukraine TV channel (TRK 112 TV LLC) for showing the Russian animated film "Seraphima's Unusual Journey," as Interfax-Ukraine reported.

Based on the results of an unscheduled on-site inspection, the National Council announced a warning to the licensee due to violation of the license requirements and current legislation, the regulator's website said.

The producer of this animated film is Russia, the KinoAtis company, the St. Seraphim of Sarov Foundation, film director is Sergei Antonov. The film was dubbed with the participation of Russian actor Alexander Mikhailov (voiced the role of the main character), whose name is included in the list of persons who threaten national security.

The film did not receive a state certificate for the right to distribute and demonstrate.

For showing this film, the state regulator announced a warning to the TV channel and indicated the inadmissibility of violations of the requirements of the current legislation in the future.

The regulator also issued a warning to the Z ZIK TV channel based on the results of an unscheduled check on the fact that the TV channel did not post information about the commemoration day - the 75th anniversary of the beginning of the deportation of Ukrainians from Lemkivshchyna, Nadsyannia, Kholmshchyna, Pivdenne Pidliashshia, Liubachyvschyna, Skhidna Boykivshchyna in 1944-1951.