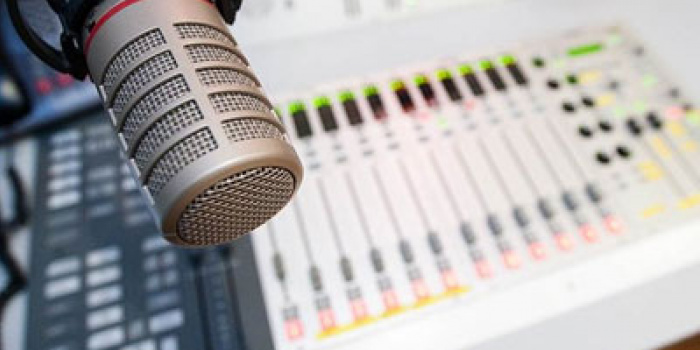 On September 3, the National Council of Television and Radio Broadcasting revoked the license of Pryamyy FM (a subsidiary of Pryamyy TV channel) to broadcast in six cities, as the radio did not broadcast on two frequencies in the space of one year after having obtaimed the license.

This decision was made at a meeting of the National Council, as “Detektor Media” reported.

The National Council considered this issue for the second time. For the first time they did it in February 2020. Then the National Council did not have enough votes to make a decision based on the results of a scheduled inspection of the radio station. Two draft decisions were then proposed: to revoke the license and to issue the warning - neither of which got at least five votes.

During the inspection on the basis of monitoring on December 3 and 5, 2019, the National Council recorded the absence of broadcasting on two frequencies - in Marganets and Lubny.

Larysa Rudenok, a representative of Pryamyy FM, presented the following arguments of the radio station:

*"Pryamyy FM" believes that it received six licenses, not one, and the National Council on its own initiative combined six frequencies into one license form.

*"Pryamyy FM" had some technical difficulties with the development of two frequencies in Marganets and Lubny. The telecommunications operator on all frequencies was the RRT Concern, but, for example, there is no Concern facility in Marganets at all. The radio station was forced to change the operator and the location of the transmitters, and this required obtaining new conclusions from the Ukrainian State Centre of Radio Frequencies (USCRF)  and approval from the General Staff. When it became clear that they could not master the two frequencies, on December 16, 2019, they submitted an application for renewal of the license and removal of two frequencies from it, but the National Council has not yet considered this application.

*"Pryamyy FM" found that in February the National Council had already considered the results of its inspection without sanctions, so it continued to develop frequencies. Today, the radio station is already broadcasting in Lubny, and it has not been possible to install a transmitter in Marganets. The radio station submitted an application for technical transfer of the frequency to the nearest facility of the RRT Concern in Nikopol, where it will be able to mount the transmitter within a week, but the National Council did not respond to this request.

*The radio station considers the date of the beginning of broadcasting to be September 28, 2019, when the broadcasting started in Melitopol. According to the radio station, it complied with the requirements to start broadcasting in the space of one year (ie until November 9, 2019), although it violated the terms of the license. So, the National Council has no grounds to revoke the license.

*The decision to revoke the license was to be made within 15 days, if the National Council adopts it now, it will be illegal.

The head of the National Council, Olga Gerasimyuk, noted that the content compiled from the TV channel of the Pryamyy TV Channel was broadcast on the "Pryamyy FM" air, and there were no separate presenters on the radio, except for the news edition.

It will be recalled that the Pryamyy Channel wanted to launch a nationwide FM network and in 2018 ordered a calculation of 61 FM frequencies, in particular in Kyiv and 19 regional towns. In September 2018, " Pryamyy FM " won a competition for digital radio in Kyiv (in September 2019, the radio station began broadcasting ). In the competition on October 11, 2018, "Pryamyy FM" won 6 FM frequencies in the district centers of Kyiv, Dnipropetrovsk, Zaporizhzhya and Poltava regions, and in Bila Tserkva. In January 2019, "Pryamyy FM" claimed the frequency in Kryvyi Rih, but lost. Also in the second half of 2018, "Pryamyy FM" received permits for temporary broadcasting in Girnyk, Volnovakha, Kramatorsk, Pokrovsk in Donetsk region, Bakhmutivka, Lysychansk, Shirokom in Luhansk region. In the format contest on April 4, 2019, “Pryamyy FM" won the FM frequency of 88.4 MHz in Kyiv . The radio station was launched by the Pryamyy TV Channel, which de jure belongs to Volodymyr Makeyenko, but is unofficially associated with the entourage of Petro Poroshenko, the fifth president of Ukraine and now a MP and leader of the opposition European Solidarity party.