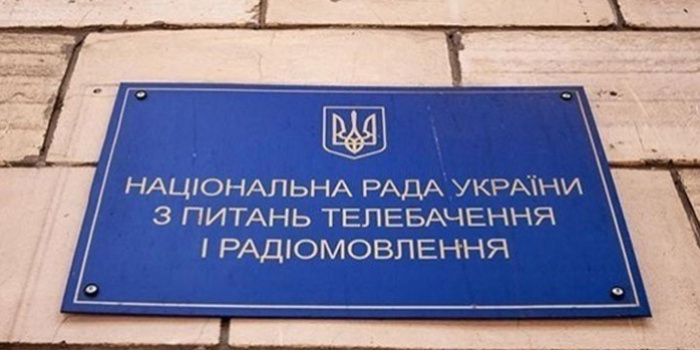 The National Council for Television and Radio Broadcasting refutes claims voiced by “112 Ukraina” about its attempt to revoke its licenses. The members of the National Council said it on September 19 at the meeting at which five regional companies, bearing the “112 Ukraine” logo, have got notification, as Ukrinform reports.

As they explained in the National Council, there are claims to five regional TV channels (LLC "Ariadna TV", LLC "Lider TV", LLC "TV Vybir", LLC "Novyy format TV " and LLC "Partner TV"), which relay " 112 Ukraina”, thus they violating the terms of the competition they won in 2011 and the program concept.

“Five companies have received licenses for regional broadcasting, and on their own authority they changed their programming concept more than 4 years ago, and continue to retransmit the channel 112, which has a completely different programming concept, even though they are obliged to provide the regional information. In fact, obtaining these licenses then made it impossible for other regional broadcasters and to provide local residents with relevant information, ”said National Deputy Chairman Ulyana Feshchuk.

She recalled that the regulator did not even have the power to revoke the license of any channel, and noted that the situation with 112 Ukraine and the announcement of the warning had nothing to do with restricting freedom of speech.

Another National Council member Valentyn Koval said that the representatives of Channel 112 even came to Warsaw for an OSCE meeting saying that they were being denied licenses. “They distort the situation. It is said that the license is withdrawn from Channel 112, which is not true, given that there is completely different situation with Channel 112 comparing to these five companies that do not fulfill their programming concept, ” he said.

First Deputy Chairman of the National Council Olga Gerasymyuk stressed that all remarks about the 5 regional channels “did not mean closing the channel 112”.

“There is manipulation. The viewer gets poor, distorted, fake information ... Even today in the parliament, some people have allowed themselves to say that the National Council is fulfilling the requests of the new government. And this story has been on for almost 5 years. And there are no trends here. These are elementary violations of the program concept, what the company is very well aware of, ” Gerasimyuk said.

She regretted that the meeting had not traditionally been attended by representatives of the TV channels about which the decision was made.

The National Council member Serhiy Kostynskyy noted that there are more than 400 Ukrainian TV channels, more than 400 radio stations operating in Ukraine, and none of them makes loud statements about crackdown on freedom of speech, "and today this is made by the channel "112", which somehow identifies itself with five regional TV channels, which are not legally true.”

Finally, Ulyana Feshchuk noted that the 112 channel has his satellite license, and the viewers can continue watching it.

As IMI reported, the National Council for Television and Radio Broadcasting is planning to consider on September 26 the issue of extending the license to a group of regional companies that broadcast with the logo "112 Ukraina".

IMI reported also, on September 16, the Sixth Administrative Court of Appeal has rejected appeal filed by the group of regional companies broadcasting  with the “112 Ukraine” logo into the case of refusal of the National Television and Radio Broadcasting Council to renew their licenses, as the court's website reported.

“The panel of judges considered the appeal of TV Vybir LLC, New Format TV LLC, Ariadna TV LLC, Partner TV LLC, Leader TV LLC on the decision of the District Administrative Court of Kyiv on July 22, 2019 in administrative case number 826/16516/18 ... The panel of judges of the Sixth AAS decided to leave the decision of the court of first instance unchanged,” the statement reads.

On December 19, 2018, the Sixth Administrative Court of Appeal rejected an appeal filed by the National Council on Television and Radio Broadcasting and upheld the previous ruling of the District Administrative Court of Kyiv of October 17, which prohibited the National Council from refusing to renew digital licenses to five companies of 112 companies of the group "112 Ukraina".

On October 17, 2018, the Kyiv District Administrative Court prohibited the National Council from refusing to extend the license of companies "112 Ukraine", pending the entry into force of the decision of the court in this case.

On July 22, 2019, the District Administrative Court overturned its own injunction according to which the National Council was unable to revoke the license for companies bearing the logo "112 Ukraine". The plaintiffs appealed to the Sixth Court of Appeal.