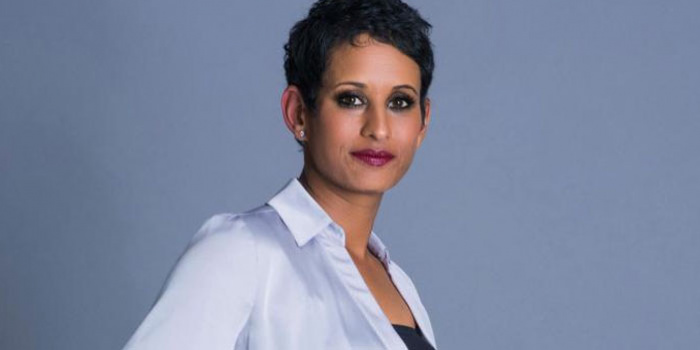 Presenters and journalists must not describe Donald Trump as a racist even when he makes racist statements, the BBC has clarified, as The Independent reported.

Although it is acceptable to characterise racist comments made by public figures as such, staff are not allowed to then imply the person who said them is themselves a racist, David Jordan, the BBC’s director of editorial policy and standards, said.

He was speaking on BBC Radio 4 to defend the decision to censure the Breakfast presenter Naga Munchetty over comments she made about Mr Trump’s infamous “go back” taunt to four American congresswomen of colour.

Ms Munchetty was not wrong to describe the president’s tweets as racist, but she did cross the line when she went on to tell of her fury at Mr Trump’s remarks, Mr Jordan explained.

“The issue is about when she went on further to discuss President Trump himself and what his motivations for that were, and that breached our impartiality requirements.”

During a discussion with co-host Dan Walker in July, Ms Munchetty explained every time she as a woman of colour had been told to “go back to where came from” it was “embedded in racism”.

“Now I’m not accusing anyone of anything here, but you know what certain phrases mean,” she added. When Mr Walker then asked her how she felt when hearing Mr Trump’s attacks on the congresswomen, Ms Munchetty replied: “Furious. Absolutely furious.”

The BBC rules state no viewer should be able to tell the personal opinions of its journalists and presenters on a “matter of public policy or political controversy”, Mr Jordan said.

“So the line is not about calling out racist comments, which is perfectly acceptable where things are clearly framed in racist language, it’s about how you go on then to discuss the person who made them and make assumptions or remarks about that,” he added.

When news of the complaints unit’s verdict first emerged earlier this week it sparked a furore, with many accusing the BBC of trying to stop its staff calling out Mr Trump’s overtly racist rhetoric.

Sajid Javid, the home secretary, tweeted: “C’mon BBC. This is ridiculous. It’s perfectly understandable why she said what she did.”

Sangita Myska, a news correspondent at the corporation, said there was “bewilderment” among ethnic minority staff at the BBC at the ruling, while radio DJ Trevor Nelson said every person of colour knew exactly what “go home” meant.

“Unless you’ve experienced it, it’s hard to truly understand,” he said.

On Twitter, the hashtag #IStandWithNaga began to trend, with many decrying the BBC’s decision.

Journalist Afua Hirsch, who is organising an open letter protesting the decision, told the BBC’s Today programme she was “shocked and horrified” by the complaints unit’s reprimand of Ms Munchetty.

“It suggests the racist views she was commenting on were opinions which should be treated impartially”, which would have a chilling and disproportionate effect on people of colour who worked in broadcasting, she said.

But Mr Jordan insisted the BBC’s rules prohibiting personal opinions, even on racism, were even more essential in today’s divided world.

He said: “It is a fine line, but it’s an important line isn’t it? In the politics of the present where we are into a politics of name-calling and insult, I think it’s probably unwise of the BBC to get ourselves into a position where we are calling out people for being liars or being racists and this and that.”

He agreed that Ms Munchetty was unfortunately led down the path of expressing a personal opinion by her co-presenter Mr Walker, but said the complaints unit could only respond to complaints made by viewers, which had all focused on Ms Munchetty only.

Most of the storm of criticism that followed the ruling was the result of misunderstandings of what the presenter had actually been told off for, Mr Jordan added.

“It’s been widely misinterpreted, perhaps wilfully misinterpreted in some respects,” he said. “If racist language is used by anyone, whether it’s President Trump or anyone else, it should be described as such.”