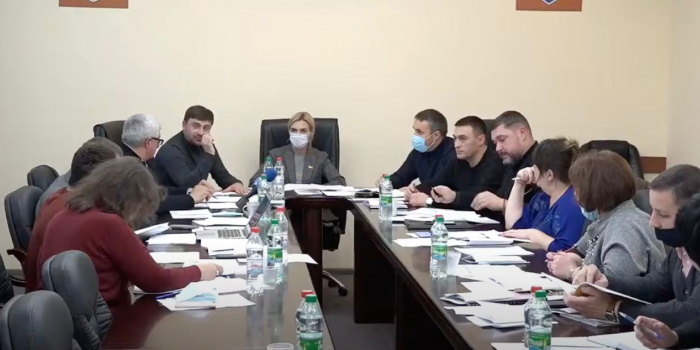 Deputies of the Mykolaiv regional council submitted for consideration to the project of regulations of council the point that meetings of permanent deputy commissions can be hold behind closed doors.

On December 14, the interim panel working on development of regulations of the newly elected Mykolaiv regional council decided it, as the representative of IMI in Mykolaiv region reported it referring to local edition «NikVesti»,.

The proposal was voiced by Ivan Kukhta, a representative of the “Servant of the People” party.

"If necessary, the standing committee may decide to hold a closed meeting," – according to the regulation.

None of the other deputies present at the meeting objected to this item, so the decision to include it to the regulations of the Mykolayiv Regional Council was voted for unanimously.

On December 15, at the regular meeting of the temporary commission this issue was discussed again. The chairman of the regional council Anna Zamazeyeva proposed to keep on holding closed meetings if it was question of legal issues and deputy ethics.

The lawyer the Mykolaiv regional council explained that restrictions in access to sittings of commissions concerned set of the conditions provided by article 6 of the Law of Ukraine "About access to public information". It is a question of national security, territorial integrity or public order, if the disclosure of such information could cause significant harm to those interests, if the harm from the disclosure of such information outweighs the public interest in obtaining it. After that, Anna Zamazeeva withdrew her proposal.

It will be recalled that the Law “On Local Self-Government in Ukraine” stipulates that local self-government is carried out, in particular, on the principles of publicity. Article 47 of the law does not provide for the possibility of holding meetings of standing commissions behind closed doors. Article 48 states that meetings of the council's temporary control commissions are usually held behind closed doors.