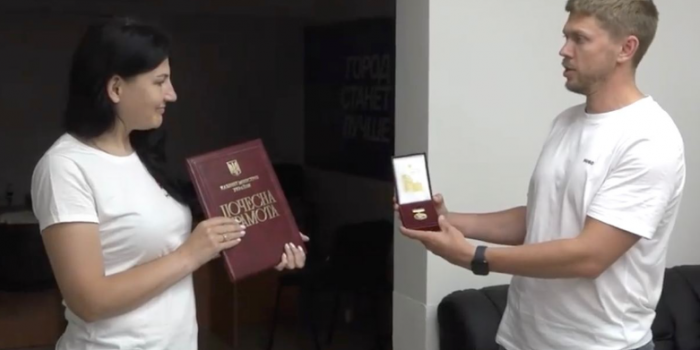 Journalist for Mykolaiv channel NIS-TV Natalya Prykhodko has been awarded the Honorary Diploma of the Cabinet of Ministers of Ukraine for high professionalism, defending democratic ideals and freedom of speech, and protecting the information space during the russian federation's armed aggression, as well as on the occasion of the Journalist's Day in Ukraine.

"Our colleague Natalya Prykhodko has been awarded the Honorary Diploma of the Cabinet of Ministers of Ukraine. Natalya's body of work includes thousands of reports on the life of Mykolayiv region, hundreds of hours of live broadcasts, and collaboration with the main national TV channels," the statement reads.

It is mentioned that a separate area of her work is covering the events of the russian-Ukrainian war, the stories of its participants, helping the families of the fallen heroes, and honoring their memory.

“Always energetic, purposeful, ready for action! And she is also a wonderful mother of two wonderful children," the statement reads.