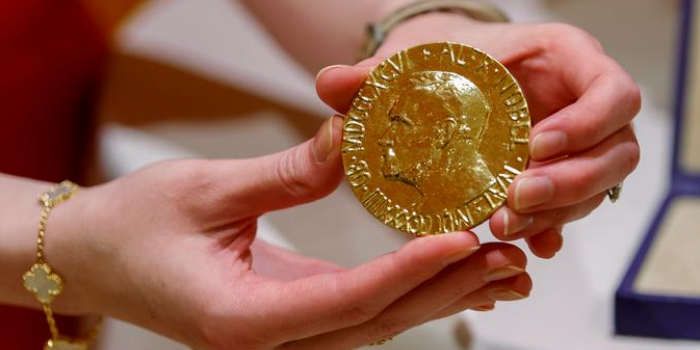 The Nobel Peace Prize received by russian journalist Dmitry Muratov last year has been sold at auction for a record-breaking $103.5 million, Radio Liberty and Ukrinform reported.

According to Heritage Auctions, who organized the sale, all the proceeds will go to support UNICEF's humanitarian aid to Ukrainian children displaced by the war.

The auction took place on June 20, World Refugee Day. Heritage Auctions spokesperson did not name the buyer, but hinted that they were a foreign citizen.

Muratov, one of the founders of russia's Novaya Gazeta, has put his Nobel medal up for auction in order to raise funds to help millions of Ukrainians who were forced to flee the country due to the full-scale russian military invasion on February 24.

He has already announced that he will donate $500,000 to the Nobel Prize for charity. In an interview with AP, Muratov said he was particularly concerned about children orphaned by the war in Ukraine.

"We want to get their future back," he said.

As IMI reported, in early June, "Novaya Gazeta" editor-in-chief and winner of the Nobel Peace Prize 2021 Dmitry Muratov put his medal up for auction at the American auction house Heritage Auctions. He promised to donate all the proceeds to support UNICEF's humanitarian mission to help Ukrainian refugee children and their families.

On March 28, 2022, "Novaya Gazeta" announced they were suspending the work of their website, social media, and in print until the end of the "special operation in Ukraine." The decision was made after they received the second warning from Roskomnadzor about the alleged lack of "foreign agent" marking. On April 7, journalists who had left russia announced the launch of a new media outlet, "Novaya Gazeta. Europe." Kirill Martinov became its editor-in-chief.

In 2021, Dmitry Muratov won the Nobel Peace Prize. He was awarded the prize for "efforts to preserve freedom of thought as a prerequisite for democracy and peace."