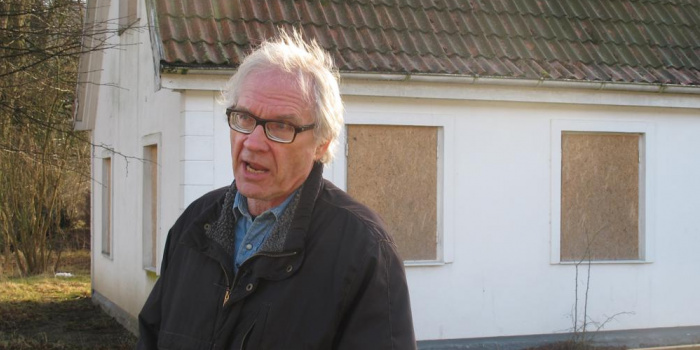 Swedish artist Lars Vilks, who sketched the Prophet Muhammad's head on a dog's body, has died in a traffic accident, as BBC reported.

Vilks was reported to be travelling in a civilian police vehicle which collided with a truck near the town of Markaryd in southern Sweden.

Two police officers were also killed and the truck driver was injured.

The 75-year-old artist had been living under police protection after being subjected to death threats over the cartoon.

The cartoon, published in 2007, offended many Muslims who regard visual representation of the Prophet as blasphemous. It came a year after a Danish newspaper published cartoons of the Prophet.

A statement from police said it was still unclear how the collision occurred, but initially there was nothing to suggest that anyone else was involved.

"This is being investigated like any other road accident. Because two policemen were involved, an investigation has been assigned to a special section of the prosecutor's office," a police spokesperson told news agency AFP, adding that there was no suspicion of foul play.

The police car Vilks was in was travelling at high speed, according to local media reports.

One eyewitness told the Aftonbladet newspaper that the car Vilks was thought to be in seemed to lose control and came over to his side of the motorway at high speed. The truck in front did not have time to swerve and then they collided in a loud bang at "incredible speed", he told the newspaper.

A large fire broke out after the accident and a number of emergency vehicles attended at the scene.

Vilks made headlines around the world after his 2007 cartoon caused outrage, leading then Prime Minister Fredrik Reinfeldt to meet ambassadors from 22 Muslim countries in an attempt to defuse the situation.

In 2015, Vilks attended a debate on free speech that was targeted in a gun attack in Copenhagen. He said he was probably the target of the attack, which killed a film director.

Although he is most famous for his sketch of Muhammad as a dog, Vilks was an artist and activist who often worked with paint or created installations.

One of his creations was a sculpture made of driftwood in a nature reserve in southern Sweden which he erected without permission and which triggered a lengthy legal battle.