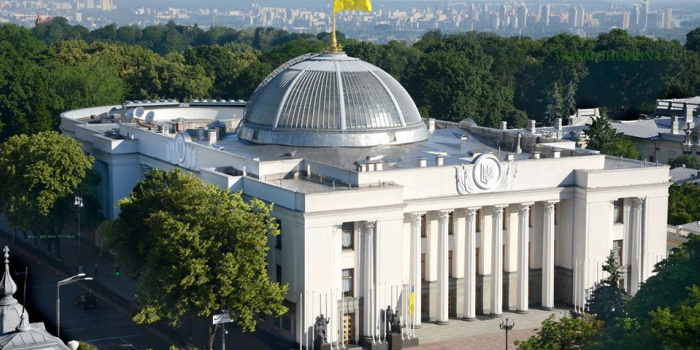 The Verkhovna Rada has registered the bill №4004, which aims to introduce electronic evidence to protect from cybercrime and to oblige Internet services providers to disclose data on users’ activities, as Ekonomychna Pravda reported.

The initiators of the draft law #4004 on amendments to the Criminal Procedure Code of Ukraine to strengthen effectiveness of the fight against cybercrime and using of electronic evidence are the MPs "Servants of the People" Denys Monastyrsky and 12 other MPs from (“Za Maybutne” (For the Future), "Dovira” (Trust) and and “Servant of the People”.

The bill proposes to improve public-private cooperation between law enforcement and providers during operational and investigative activities, covert investigative (investigative) actions and temporary access to information, belonging and documents.

According to the document, telecommunications providers are obliged to install at their own expense in their networks the technical means necessary for covert investigative (search) actions and access to information about the connection, subscriber, receipt and transmission route of Internet services, their duration and content.

Operators should also facilitate the conduct of operational and investigative measures and prevent its disclosure.

In addition, the bill will supplement the list of procedural sources of evidence with electronic evidence, as well as create a procedure for special confiscation of virtual assets.

The document defines that electronic evidence is information in electronic form with information that can be used as evidence of a fact or circumstance established during criminal proceedings.

The document also emphasizes that currently special confiscation does not cover virtual assets, although mostly through unregulated virtual markets legalization (laundering) of proceeds from crime is carried out.

In particular, according to the bill, virtual assets that have been the subject of a criminal offense or other socially dangerous act are seized, except for those that are returned to the owner (legal owner).

The publication reminds that in Russia all telecom operators are obliged to install similar equipment (so-called SORM - System of technical means to ensure the functions of operational and investigative measures) at their own expense to assist special services, including - in accordance with the so-called "Yarova’s law", which was recited as increasing the punishment for terrorism and extremism.

As IMI reported, on September 8, the FreeNet Ukraine Coalition claimed that the package of bills aiming to counter the cybercrime and to strengthen the sanctions mechanism submitted in the parliament on September 1st threatens digital rights, and calls on the MPs to finalize this package.). the MPs submitted a number of bills aimed at improving the effectiveness of combatting the cybercrime and ensuring compliance with the sanctions regime (bills # 4002, # 4003, #4004).