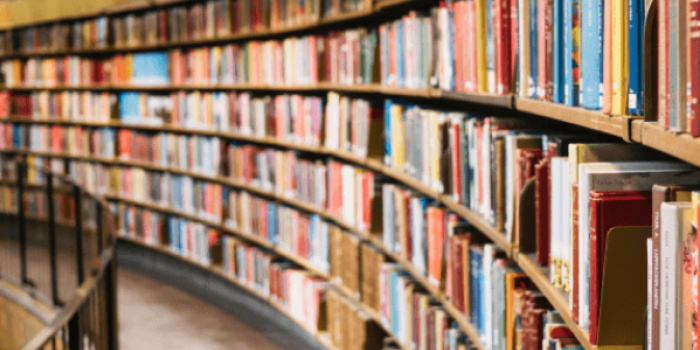 More than 100 million copies of propaganda books, including russian classics, need to be withdrawn from public libraries.

This was stated by the director of the Ukrainian Book Institute Oleksandra Koval in her interview with Interfax–Ukraine.

According to her, the process of preparing the regulations for the withdrawal of such books is underway.

"Of course, we want to do it faster, but we'd be lucky if we managed to remove at least the ideologically harmful literature published in the Soviet times (in two languages, by the way, russian and Ukrainian), of which there is so much, as well as the russian literature with anti-Ukrainian content, by the end of the year," Koval said.

We are talking, she added, first and foremost about withdrawing the books of anti-Ukrainian content that reinforce imperial narratives and promote violence, pro-russian and chauvinistic policies, from public libraries.

At the second stage, books by contemporary russian authors published in russia after 1991 will be confiscated. "They will probably be of different genres, too, including children's books, and romance novels, and detective stories. This is obviously what the time requires. Although I understand that they may be in demand," Koval said.

According to her, it was russian poets and writers such as Alexander Pushkin and Fyodor Dostoevsky who laid the foundation for the "russian world" and russian messianism.

"It's really very harmful literature, it can really influence people's views. Therefore, my personal opinion is that these books should also be removed from public and school libraries. They should probably stay in university and research libraries to be read by the academics studying the roots of evil and totalitarianism," Koval said.

At the same time, she believes that scientific libraries may keep the specialized scientific literature the authors of which may have anti-Ukrainian views, but only if the scientific book in question has no ideological connotations. "There is no reason to withdraw it first until some replacement is created by Ukrainian or foreign authors," Koval said.

"On the other hand, I do not think that during the war we should still provide access to the works of authors who took an anti-Ukrainian stance. Because by reading them, we may be endorsing their position. But these are all subtle matters," she added.

Speaking about the replenishment of library funds, Koval noted that in the difficult postwar period it would be unrealistic to purchase the required number of copies. According to her, after the seizure of russian propaganda literature, about 100 million books will remain in the libraries' holdings, which is about half of today's, and replenishment will take place gradually. Both the public and the funds from international institutions could help with this, "it may be possible to organize a mass gathering and collect quality books published in recent years," Koval said.

As IMI reported, the Ministry of Culture and Information Policy of Ukraine is working to remove russian propaganda literature from libraries and replace it with high-quality Ukrainian-language literature and books from Ukrainian publishers.