For a month and a half, editor in chief of ZOV sought after proceeding for police inaction 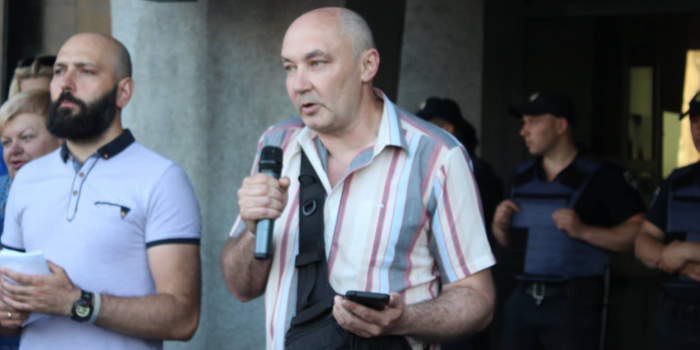 For a month and a half Vsevolod Novokhatko, editor of ZOV web-based edition in Dnipro, had been waiting for an extract from the Unified Register of Pre-Trial Investigations about his complaint of inaction of the police failing to investigate attack against him. He told it the IMI representative in Dnipropetrovsk region.

According to Vsevolod Novokhatko, on February 13, 2020, he complained about inaction of the police to the Prosecutor's Office of Dnipropetrovsk region, saying the law enforcers failed to investigate the attack on him.

"Only after that, on March 19, 2020, the same prosecutor Yu. Kozakevich finally said to believe that he had received a complaint about the crime," Vsevolod Novohatko said.

As IMI reported, on May 24, 2018 in Dnipro, a group of youths attacked the public activist and editor of the Law of Laws (“Law One for All”) by Vsevolod Novokhatko.